The Eternal City of Rome is the capital of Italy and the main treasury of antiquity. It is difficult to underestimate the greatness and beauty of the "Italian Heart", as well as the influence of the Roman culture on the whole world.

If you count the number of churches in Rome you will get more than 900. When planning a vacation in Rome, it is hard to decide what to visit first. Especially if your time there is limited. A selection of the most important Roman sites can serve as a tourist travel guide for beginners and not only.

Before you make a list of the best sights of Rome, you should choose the best hotel. Housing options in the Eternal City are various – nearly 8,000 hotels and hostels – but, nevertheless, there are  thousands of tourists, and good deals are taken instantly. Especially it concers hotels that are located near the attractions of Rome. Plan your vacation in time!

The Colosseum is a grand Roman amphitheater, from Latin its name is translated as a "giant." It was built in the 1st century AD. Amphitheatre is more than just an old landmark. It is a symbol of the city, its most important historical heritage. If you have not seen the Colosseum – you have not seen Rome, have not felt its soul! 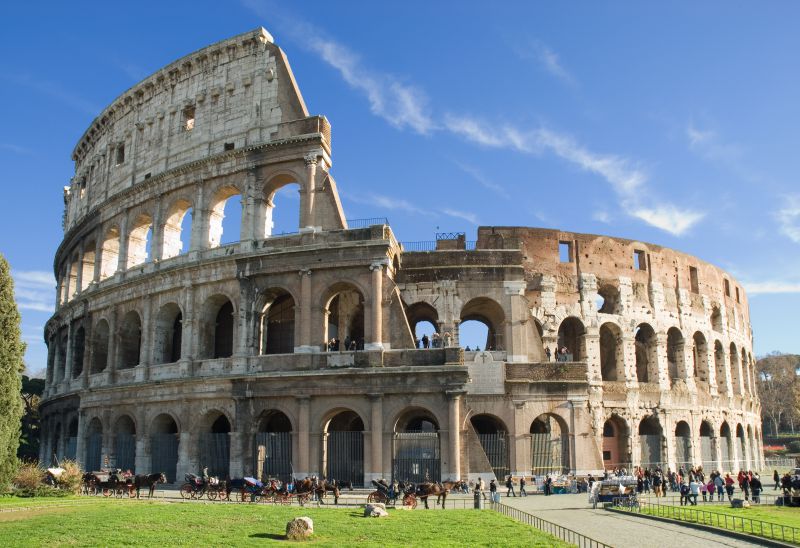 Another equally important sight of ancient Rome is the Trevi Fountain. The architectural ensemble of the 26-meter fountain with Neptune and the adjoining Palazzo Poli impresses with its mesmerizing beauty. It is not surprising that the pilgrimage of tourists to this place never ends. The fountain becomes especially spectacular in the evening. In streetlights the water of Trevi creates a mirage of the magic.

According to the old legent couples that are in love should drink from the fountain tubes, and they will never break up. 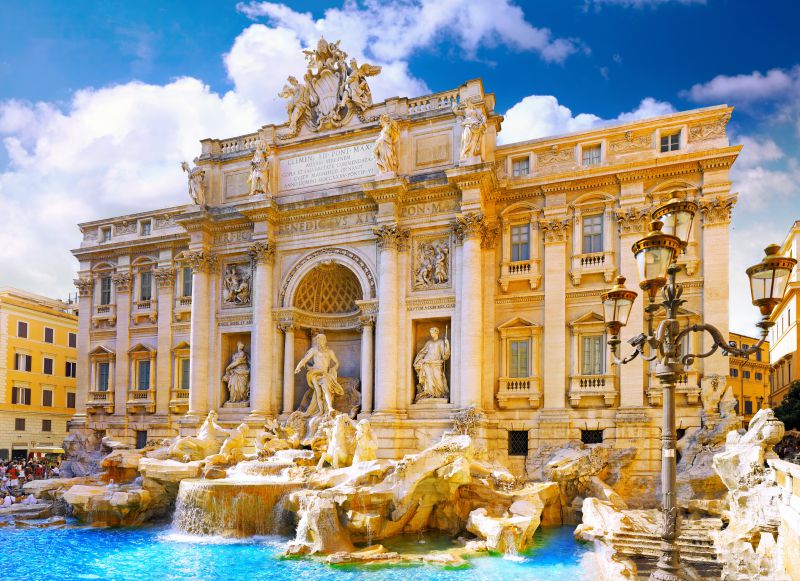 The ancient Pantheon is a former temple of all the gods. There is not a single window inside, with the exception of the dome opening. According to the ancient Romans, it represents the unity of all gods.

The pagan temple was built in 126 AD. Today, not only ordinary tourists, but also knowledgeable archaeologists, historians and architects are still amazed by its uniqueness. Without a doubt, it deserves to be one of " the ten most interesting sights of Rome." 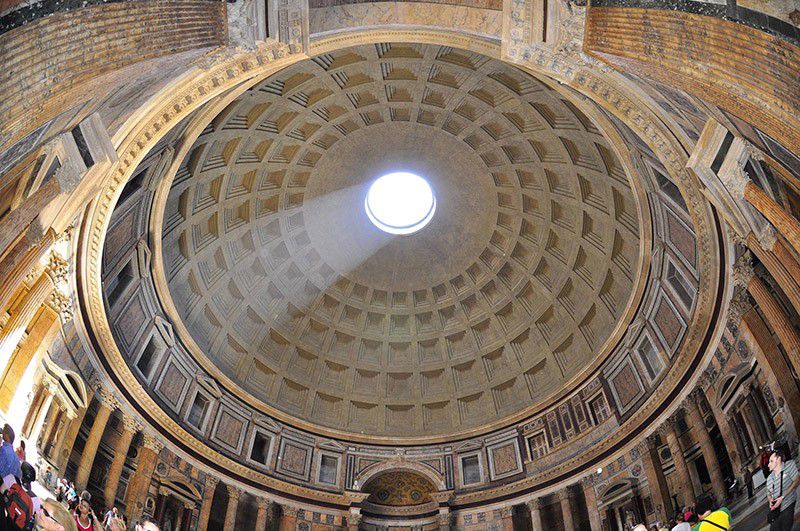 Walking on Piazza Navona in Rome should be an integral part of you plan. Where else in Rome can you see so many outstanding examples of Baroque architecture. Visit to the Palazzo Pamphili, with its unparalleled frescoes of legendary artists can make it worth your while. There are three fountains on the piazza – with Moor, Neptune and the Four Rivers fountains.

Today Piazza Navona is not only an architectural attraction, but also a fashionable shopping destination. Along with temples and historical sites on the Old Market Square, you will find popular Italian boutiques. 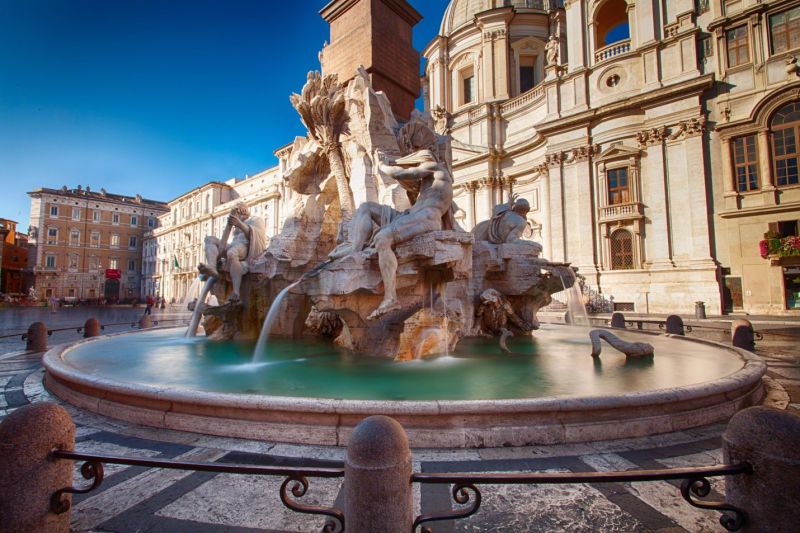 The Castle of the Holy Angel, or The Mausoleum of Hadrian is a mysterious and very attractive place. Perhaps this is due to its rich history.

Until 590 AD it was just a fortress. In those days violent plague was raging. According to legend, Pope Gregory the Great saw the Archangel Michael who sheathed his sword, on top of the construction. This was a sign that a disaster was over. So this a story of a beautiful name – Sant'Angelo Castle.

Nowadays, it is a rich Military History Museum. 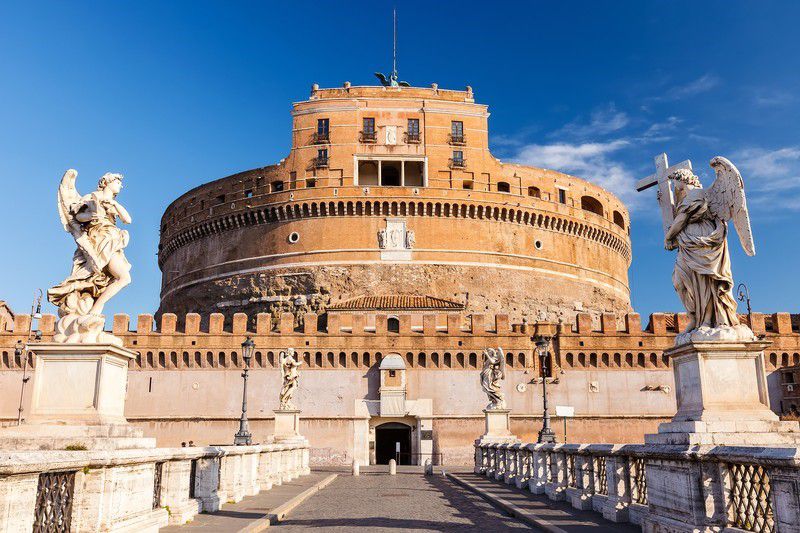 The Arch of Titus

The construction of grand triumphal arches was preceded by the Roman Arch of Titus. This is one of the preserved Roman wonderful attractions, whose exact age is difficult to tell.

The arch was built in 81 AD as a pedestal for the monument to Emperor Titus Flavius ​​in honour of his victory in the Siege of Jerusalem. 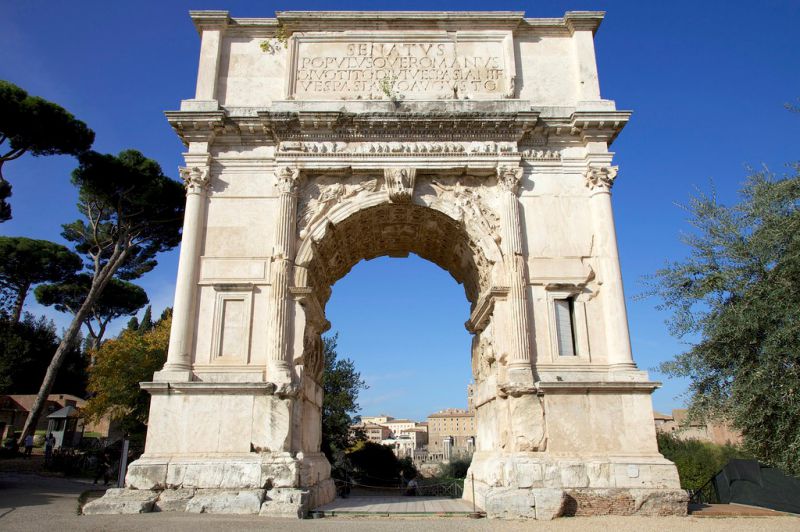 The Roman Forum is a unique and historically important place of Rome and Italy.

The columns of the Temple of Saturn and the Triumphal Arch of Septimius Severus are in the center of the Forum. The historical significance of the Forum is very high. Many centuries ago, the square and the adjacent buildings were the center of ancient Rome. It was the main place for market, public meetings, meetings of the Senate, etc. nowadays, very little has survived from those times, but the place itself is fanned by the great atmosphere of historical epoch.

It is believed that the best attractions of Rome are in the very center. This is not true. One unique attraction stretches from Rome to Brindisi.

Since ancient times the Appian Way was called the "Queen of all roads." It was the most significant public road of Rome, and it linked the city with Egypt, Greece and Asia Minor.

In many parts of the road the true paving of polished stones remained for centuries. Walking through this area gives an extraordinary sense of belonging. It is as if you are marching with the legionnaires, or listening to the rumble of ancient chariots.

There are many historical monuments along the Appian Way – tombs, villas, catacombs, medieval fortifications, etc. But walking can be exhausting. The best way to travel is by bicycle or on a tour bus. 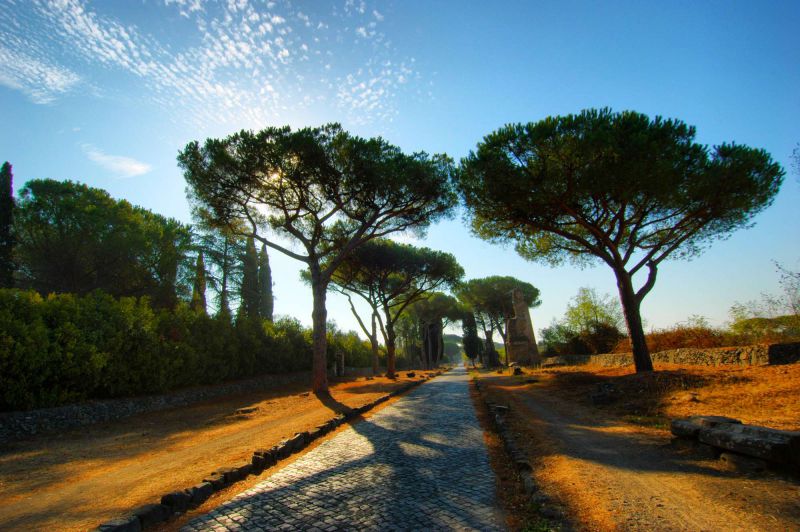 A visit to one of the most famous art galleries in Rome will distract you from Roman architecture and will help you plunge into the world of art.

Galleria Borghese is an art collection of the Borghese family, which is located on the territory of the the villa with the same name. A collection of the most valuable paintings includes works created by Flemish, Dutch, German and Spanish masters. Works of Italian artists of the 16-18 centuries are very impressive. 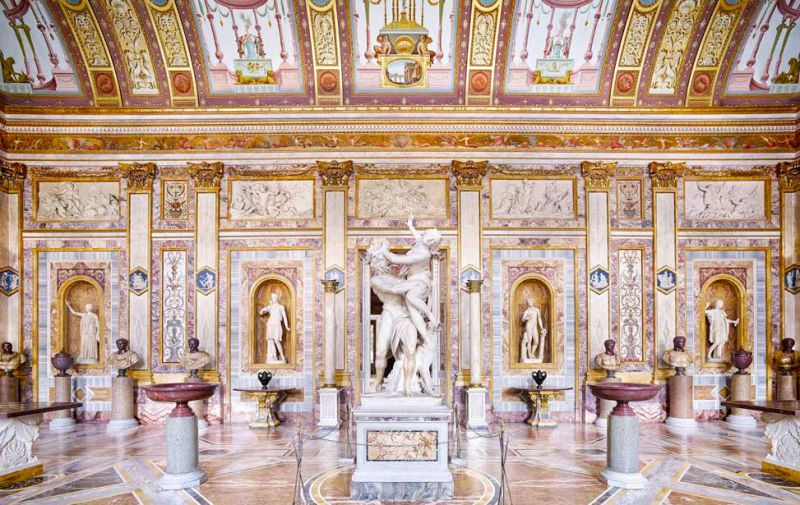 The Mouth of Truth

Bocca della Verità are without doubt among the most interesting sights of Rome. It is a bit frightening marble mask with mouth wide open. The diameter of the mask is more than one and a half meters.

Mystical and very ancient monument is in the church of Santa Maria in Cosmedin. According to historians, the unknown face mask was carved in the 4th century BC. 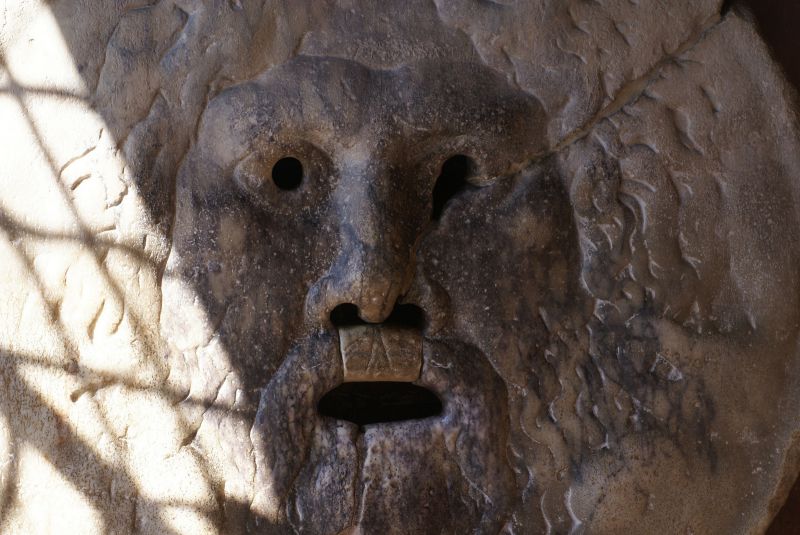 Of course, the most popular attractions of Rome will never fit into the top ten. Their number is much bigger and a day trip to the Eternal City is not enough.

Where to stay in Rome: there is a huge number of hotels, hostels and apartments for every taste. Finding accommodation will not be a problem. Hotels in Rome are known for the high level of comfort and for various prices.

15 places you must visit in Venice