St Mark's Basilica in Venice is a masterpiece of Byzantine architecture. It is the main temple of the city and probably the most famous landmark of Venice. It is located in the center of the city – on the Piazza San Marco. It is unforgivable to come to Venice and not to visit the Basilica of San Marco. You will be impressed not only by the exterior of the cathedral, but also by the rich interior.

History of the St Mark's Basilica

In 829, during the Crusade, the relics of the apostle Mark were removed from Alexandria, which the Venetians proclaimed their patron. The construction of the temple was started to preserve it. It was erected in 836. Saint Mark replaced Saint Theodore, who was considered the patron of Venice earlier, and the winged lion, the Mark the Evangelist, became the symbol of the city. When you will be on Piazzetta San Marco, pay attention to the two columns in the middle of the square, closer to the Venetian lagoon. On one of them there is a sculpture of Saint Theodore, and on the second – the Winged Lion - the patrons of Venice.

It is believed that the cathedral, as we see it today, was rebuilt in 1063, taking after the model of the Church of the Holy Apostles in Constantinople. During the reign of the Doge Domenico Selvo, the first cycles of the mosaic decoration of the cathedral were created. This was in 1071-1084.

In the following years, San Marco continuously expanded and transformed. After the pillage of the crusaders of Constantinople in 1204, many ancient relics were transfered to San Marco, among them the Byzantine "golden altar", the quadriga of the western façade and the Nicopeia Madonna.

For many years, the basilica played a significant role in the life of the state. Traditionally, the head of the Republic of Venice was proclaimed in the cathedral, and all important ceremonies were held here.

According to the orders of Napoleon in 1807, the Department of the Patriarch of Venice was moved to the cathedral. The temple became the cathedral of Venice. 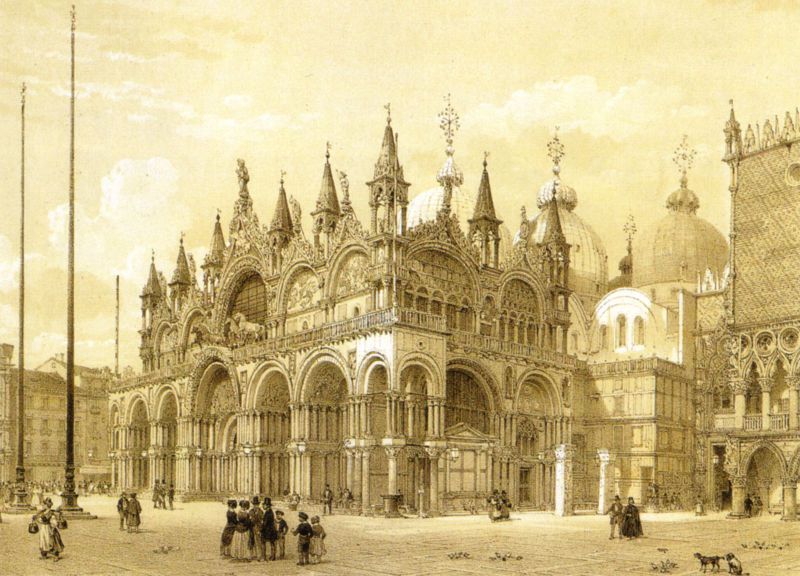 Image of the 19th century.

For centuries, the main church of Venice was repeatedly completed, reconstructed, decorated. Here are some architectural features:

What can you see inside the cathedral

The entire St. Mark’s Basilica practically consists of masterpieces of painting and art of the greatest masters of bygone ages. The grandiose and invaluable legacy of the cathedral impresses with its scale. In 1987, St. Mark's Basilical, along with other Venetian monuments, was included in the UNESCO World Heritage List. 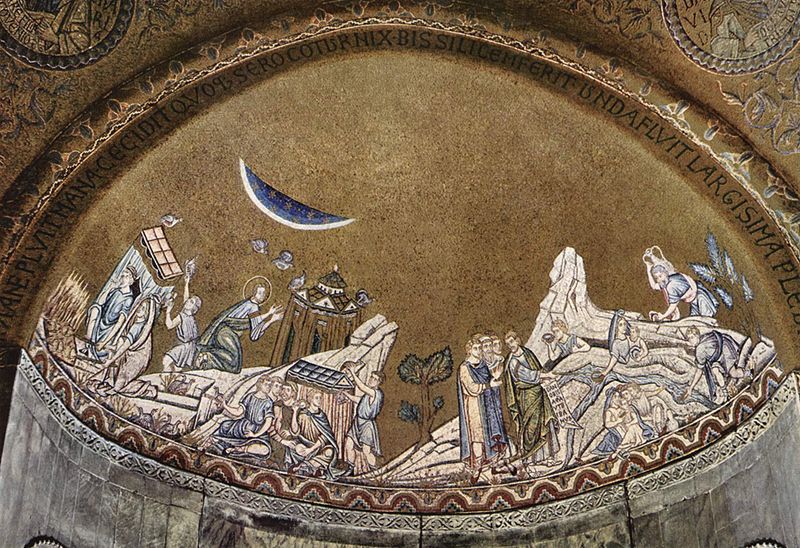 Byzantine mosaic of the 13th century. 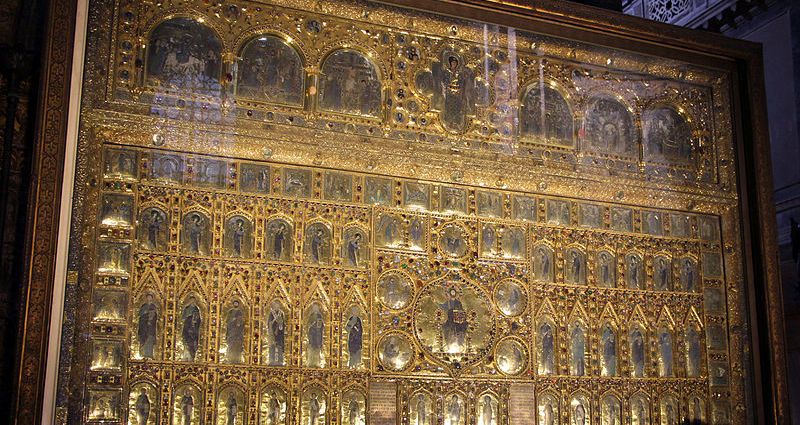 The treasury of the cathedral is sitiated in the rooms that connect the basilica with the Doge's Palace. Relics brought from the East or presented to the cathedral by the Roman Popes are stored in the numerous chests. The ancient items that were brought by the Venetians from the plundered Constantinople in 1204 are the most valuable exhibits here.

Today the collection consists of 283 exhibits distributed among 4 departments:

The True Cross of the 10th century is one of the most valuable exhibits is the Byzantine reliquary.

The Museum of San Marco, founded in the 19th century, contains items related to the history of the cathedral. First of all, this is an exposition of mosaic decoration. It represents fragments of the earliest mosaics of the basilica – 11-12 centuries. There are also precious icons, fabrics, tapestries and much more.

Here you can see the Quadriga of Saint Mark. This is the only sample of the multi-figure horse antique sculpture in the world. It was made by the sculptor Lysippos in the 4th century BC. Its copy is situated on the loggia of the cathedral, above the central entrance. 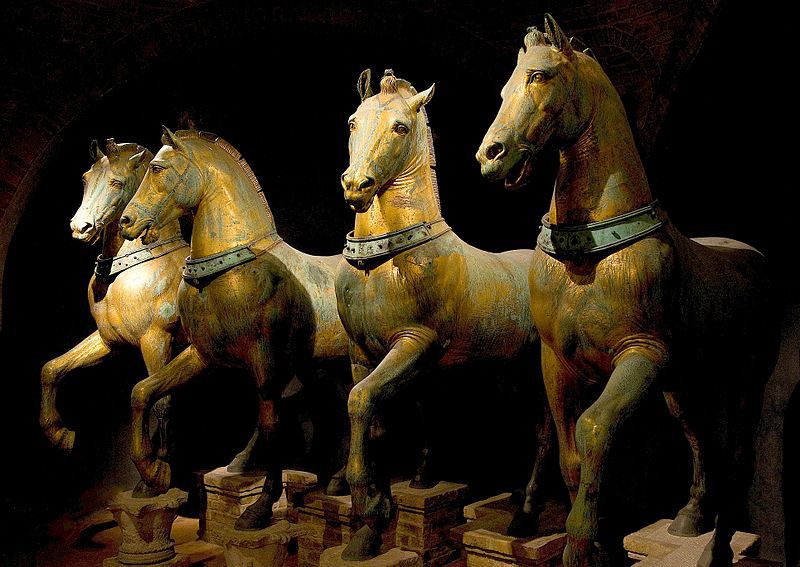 According to an ancient tradition, when St. Mark returned from Aquileia to Rome, he was overtaken by a storm near the island, in the place of the future Venice. An angel appeared to him in a dream here and predicted that the holy evangelist will rest in these places. In 829, two Venetian merchants returned to their lands with St. Mark's relics stolen from Alexandria.

From the train station (Santa Lucia) by water bus lines:

Today, as in the past, the cathedral is working. There is a number of requirements for visitors:

The interior of San Marco is lit from 11:30 to 12:45, on weekdays and during liturgical celebrations on Sundays and holidays.

The cost of entrance tickets and opening hours can vary.