Piazza San Marco in Venice can be called the heart of the city. A lot of attractions are concentrated here, events and celebrations are held here. By the way, the Venetians themselves call San Marco simply "piazza", which means "squre". Other places that have the characteristics of the square in Venice are called "campi", that is, "fields". For example, Campi San Apostoli and the church with the same name. Piazzetta and Piazzale Roma are the exception. The continuation of Piazza to the Grand Canal is called Piazzetta. In fact, Piazza and Piazzetta San Marco form one large area where the political, religious and social life of Venice is concentrated.

History of the square

Since the 9th century to the present day the history of the development of the Venetian Piazza San Marco is conveniently divided into 4 periods.

Creation of the Piazza

This period covers the beginning of the 9th century and ends in the 12th century. It all started in 819, when the chapel of the Venetian Doge was built, in honor of the first patron of Venice – Theodore Tyron or Theodore (next to the current San Marco Basilica).

In 10 years, the Venetians and their Doges announced a new patron of the state – Saint Mark. To strengthen the position of Venice and give greater importance to the city, the relics of the saint were stolen from Alexandria in 829. Doge Justinian Partecipacius ordered to build a new church for their preservation. In 836 the first St. Mark’s Basilica was built. In 976, all the wooden elements of the church were burnt, in connection with the fire caused by the uprising against the Doge.

In 1063, with the new Doge Vitale Falier, the St. Mark’s Basilica was restored and significantly strengthened. The main part of the temple, which we see today, has not changed since that time.

The Venetian Doge of the late 12th century, Sebastiano Ziani created Piazza San Marco as it is today. He actively built up the northern (Procuratie buildings for the offices of prosecutors, and shops on the first floor) and the south side of the square (the main building is Ospizio Orseolo – it was a hostel for pilgrims at that time).

In the early 13th century, valuable materials were taken to decorate Venice from Constantinople (as a result of the Crusades). So the façade of St. Mark's Basilica was decorated with marble, mosaics and columns, and two square columns appeared on Piazzetta. You will definitely notice them, they stand separately in the middle of Piazzetta, this is the entrance from the water. Today, at the top of one of the columns there is the image of Saint Theodore, who conquers the monster of the crocodile. The second column is crowned by the bronze Winged Lion, which became the symbol of St. Mark, and later – of the whole Venice.

Also in the early 13th century, the reconstruction and expansion of the Doge's Palace (Palazzo Ducale) started. It opens at the Venetian lagoon on the one side, and on Piazzetta and St. Mark's Basilica on the other. The construction was delayed because of the raging plague. In 1424, active work began to expand the palace. It was decided to use the same style of construction. If you take a tour, the guide will probably show you the 7th column where the 14 and 15 centuries meet. This column is somewhat larger and differs in relief.

In the 15th century Giovanni and Bartolomeo Buon worked on different constructions of the square.

The Renaissance and the Fall of the Republic

In 1493 it was decided to build a clock tower, to replace the obsolete one. In 1499, the clock tower from the Codussi project was completed. Later, the building was constructed to strengthen the tower. Torre dell'Orologio, literally the Clock Tower, today is one of Venice's most famous sights. It is located in the northern part of Piazza. Note, this is an astronomical clock, also it shows the phases of the moon, the position of the Sun.

During the Renaissance period, Procuratie had a third floor. It is worth noting, the Republic of Venice and especially its capital Venice were significantly wealthy. Therefore, even in war times the construction did not stop. Something was constantly being completed, reconstructed and expanded in the city. Curiously, the Doges as rulers existed exactly for 1100 years. Everything ended in 1797, when the city was occupied by the French. The French revolution put an end to the once prosperous republic.

The Napoleon times till this day

After the invasion of Napoleon in May 1797, perhaps the first order was to demolish the bronze Winged Lion at Piazzetta, a symbol of Venetian independence and an aristocratic style of life. After the fall of Bonaparte, numerous injuries and restorations, the lion returned to Venice, to its former place. This was in April 1816. 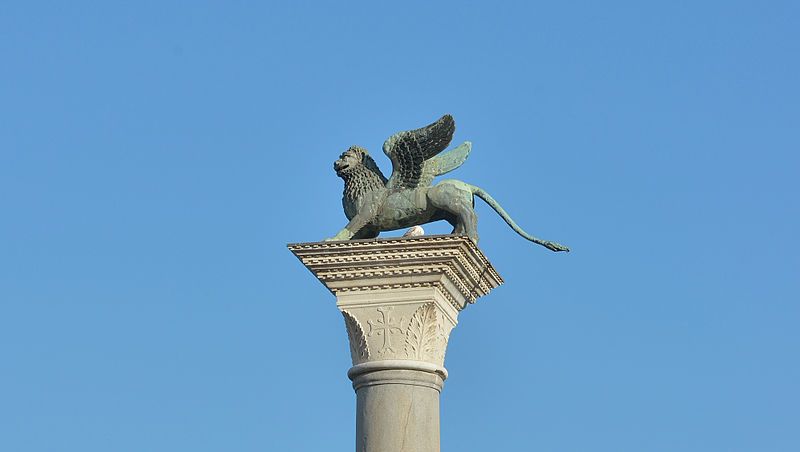 When you are at the main square of Venice, you will feel all the luxury of the Republic of Venice. The sights of San Marco will impress you with abundance. Considering that usually people get to the square mainly from the water, we start with the sights of Piazzetta San Marco: 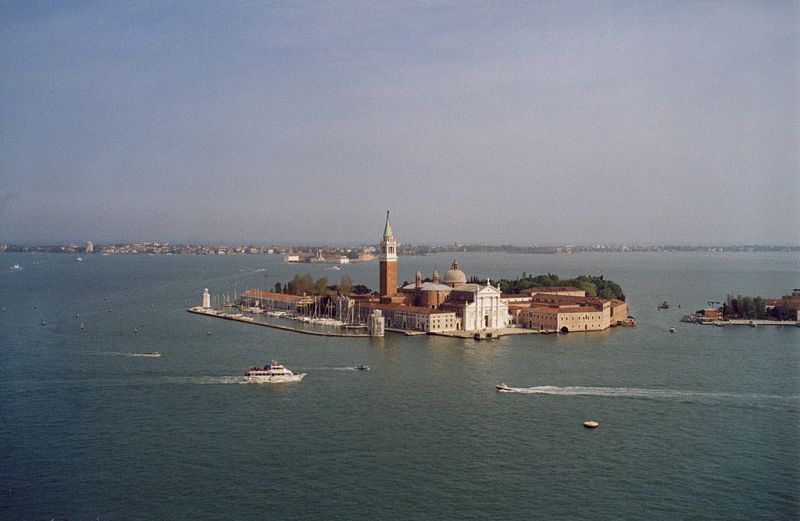 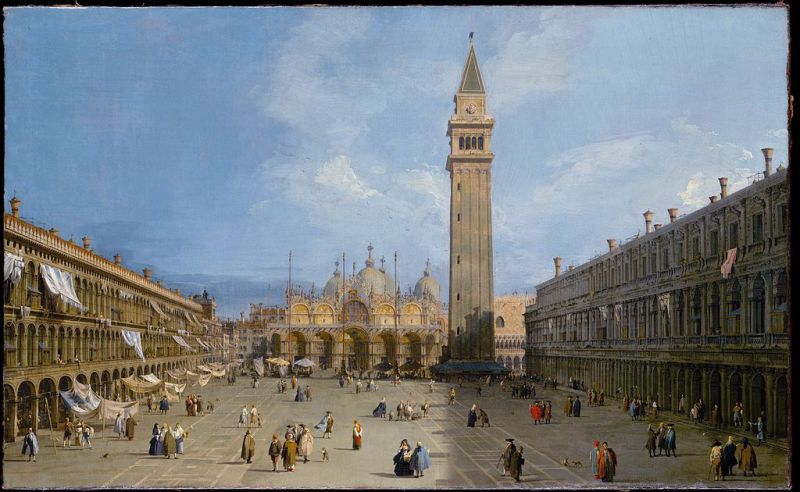 The painting of the Italian artist Canaletto in 1720, depicting the square of that time. It is like a photo of Piazza San Marco of the 18th century.

It is the easiest to get to Piazza San Marco in Venice by water transport. Although, it is possible to get there on foot. For example, from the Stazione di Venezia Santa Lucia train station, such a walk takes at least an hour, passing through the streets and bridges. Directly at the station there is a ferry berth, from where vaporetto (water bus) goes every 10 minutes. You can use the route №2 and reach the pier of Rialto C (minutes 15), and then walk for about 5 minutes to Piazza San Marco. Or you can sail further along the Grand Canal to San Marco Pier. This way you will get to Piazzetta San Marco.