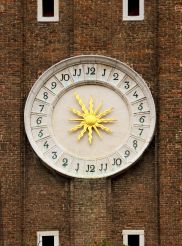 Santi Apostoli Church in Venice (Chiesa dei Santi Apostoli) is a remarkable landmark of the city, as the temple is located exactly in the place where the Venetians ancestors settled for the first time. By the way, it is one of the oldest churches in Venice with one of the tallest belfries. The shrine, which the Italians call San Apostoli, is located in the Cannaregio district on the square with the same name.

According to some reports, the Church of the Holy Apostles existed already in the 9th century, but the first documentary evidence is 1021, when the church was completely reconstructed.

When Venice was not a city yet, and small villages were just beginning to form on its territory – in the 7 century – the Twelve Apostles appeared to the Saint Magno, the bishop of Oderzo (San Magno di Oderzo). They told him to build a church in their honor on the spot where Magno would see 12 cranes. Thus the Church of the Holy Apostles appeared.

At the end of the 15th century, the Cornaro Chapel, belonging to the rich Venetian family of that time, was added to the Santi Apostoli Church. Many sources attribute the authorship to the Italian architect Mauro Codussi.

In the middle of the 16th century, the so-called "catechumens" were in charge of the church, until 1571, when they found their permanent refuge in another city. Four years later, the Santi Apostoli Church was virtually completely rebuilt. There are only some frescoes and the Cornaro Chapel. Today's exterior of the church is the result of this reconstruction.

The beginning of the 18 century also brought some changes in the church. The Italian architect Andrea Tirali added an elliptical dome to the bell tower, which was built in the 17 century. 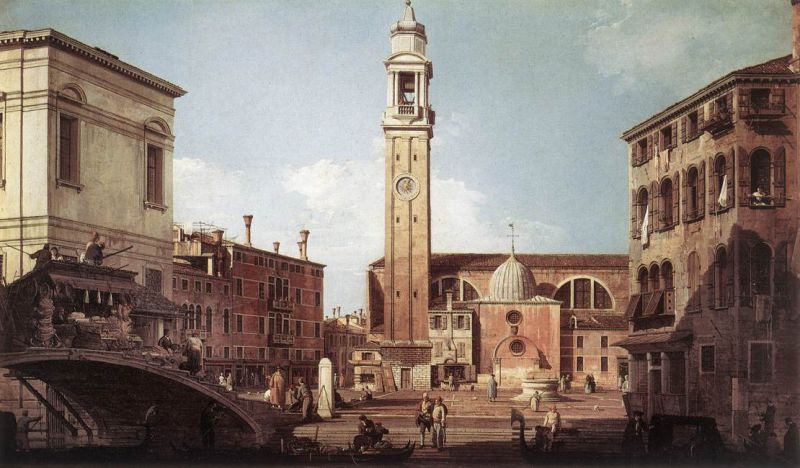 Picture of Canaletto 1730, view of the Holy Apostles Square.

What should you pay attention to in the interior

The Santi Apostoli Church is a work of art, but there are real values in its interior, for example canvases of artists Paolo Veronese and Giovanni Battista Tiepolo. When you will be there, pay attention to:

The Venetian Santi Apostoli Church is situated at the end of Strada Nova, on the way to Piazza San Marco. The Cornaro Chapel, which stands over the other buildings of Venice, will be your guiding point.