A country within a country: Vatican

The city-state of Vatican is a small enclave in the middle of Rome, which by its cultural and historical significance (and also political) is definitely a full-fledged country. This is the "most Catholic" state in the world, because it is headed by the Bishop of Rome, that is the Pope. At the same time, today the Vatican is a recognized treasury of universal human values ​​– cultural and spiritual – for people of different nationalities, faiths and traditions. 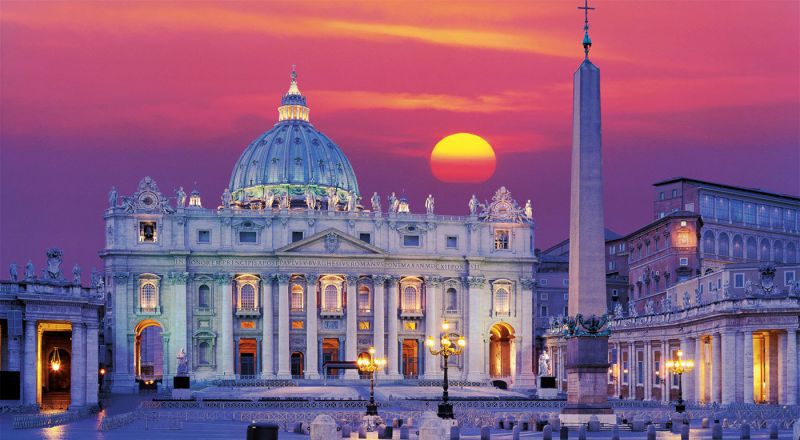 Vatican is territorially monolithic: you will not find many internal administrative units (as, for example, in the state-enclave of San Marino) here. Not all territories (and not always) are open for viewing: the inner world of the Catholic Church cannot be always wide open. However, simplicity is becoming more and more fashionable here: in the last decades, each succeeding Pope appreciably seeks to become even closer to openness.

Given the amazing history of more than two millennia, the Vatican should definitely be given at least a whole day, or even two ... In the past, ancient Romans considered the Vatican Hill to be sacred. It is believed that it was here that the apostle Peter was buried in the 1st century after the birth of Christ. This history is described in the biblical narrative of the New Testament. This hypothesis is largely confirmed by the studies of scientists, theologians and archaeologists, conducted in the 20th century. So this place became sacred for Christians, and later became the central spot for Catholics around the world. 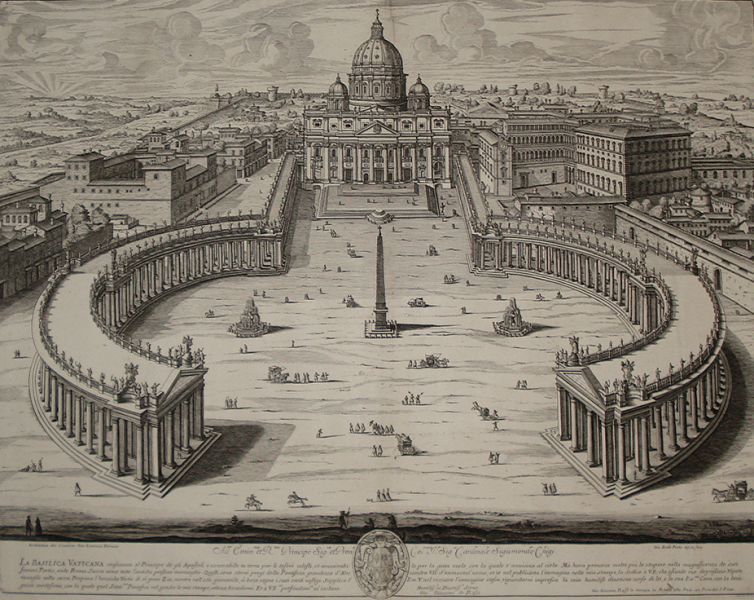 The modern status of the autonomous city-state of the Vatican was received in 1929, when the Lateran agreements between the Holy See and the Italian government were adopted.

How to behave in a Catholic church

Pay attention to information messages: not in all places you can take pictures. Quietness, without the unnecessary noise and following the prompts of a guide or caretaker will make your excursion even more comfortable. 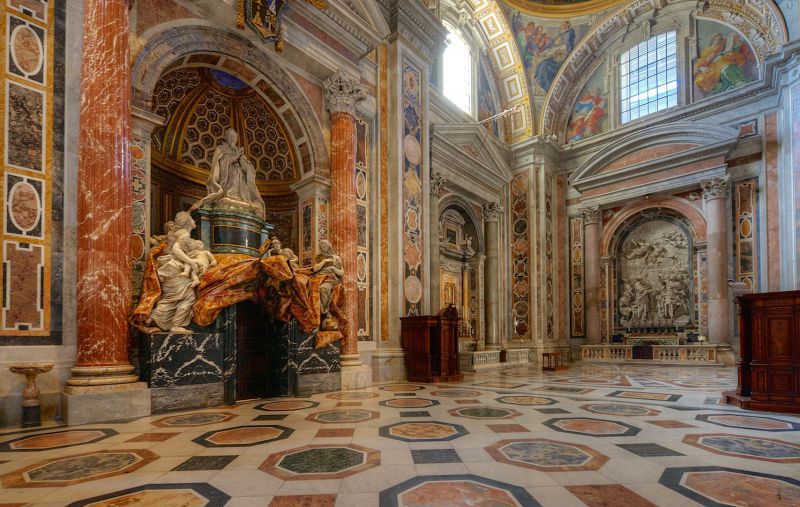 In the Basilica of St. Peter. Photo source: giovannicarrieri.com.

During the holy mass (or any other service) you can sit or stand. But do not go back and forth, while sharing your impressions on your mobile phone :)

How to get to the Vatican

The city-state of the Vatican belongs to the Schengen area, like Italy. Based on this, you can enter the territory if you have a Schengen visa. Remember that a free pass is guaranteed only for those who are suitably dressed. 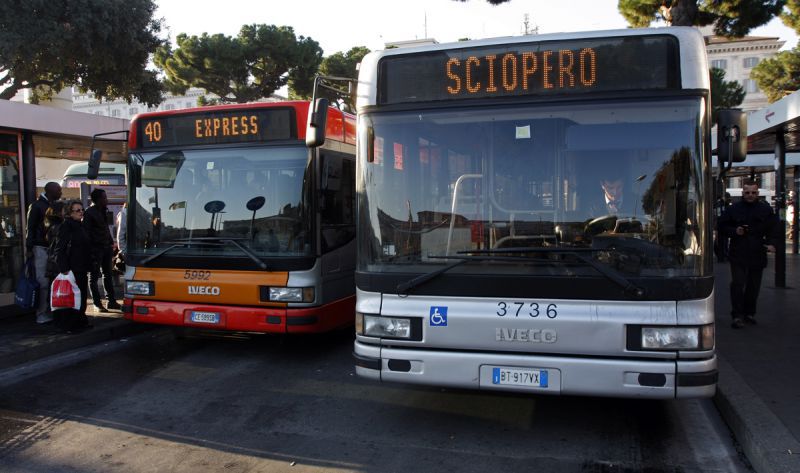 From Rome to the Vatican, you can take the metro (line A). You need to exit at the station Ottaviano-San-Pietro, then take a 10 minutes walk to St. Peter's Square. It is convenient to go by bus. From the Roman station, there are routes No. 40 and 64, and No. 60 from the Republic, Venice and Argentina Squares and from the Spanish Steps.

A walk from the station can be arranged on Via Nazionale. Also, tourists like to walk from Venice Square through Via Plebeschito, Corso Vittorio-Emmanuele and Via della Conchiglia. The car can be parked on Piazza Navona, which is on the other side of the Tiber River. While choosing where to stay in Rome (because in the Vatican there are no secular hotels), and making the route of attractions, you can focus on these streets.

Sights of the Vatican

Sights of the Vatican are above all, the Cathedral of St. Peter in all its splendor. Museums, the Sistine Chapel, the library, the Vatican's Pinakothek and the famous Vatican gardens, the spiral staircase, the Mario Hill and other interesting places are waiting for you to make the visit "to the apostolic rapids" even more memorable. According to the UNESCO register, the Vatican's possessions are part of the World Heritage of Humanity together with St. Paul's Basilica "outside the walls". 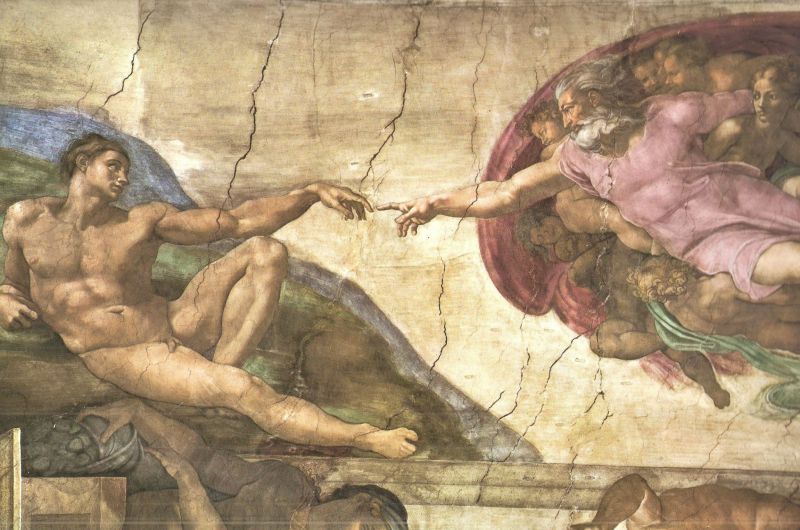 If you want to try to see the pope, then you need to visit the Vatican during the big church celebration or on the day of general audience, that is, on Wednesday. Just take into account that there a lot o pilgrims on this day.

Interesting facts about the Vatican

Vacation in the Vatican

Holidays in the Vatican is first of all a spiritual event. A huge number of masterpieces of architecture, art, sacral culture are gathered on this small area... Just tune in for an interesting journey and absorb this positive and solemn atmosphere. A wonderful time for visiting the Vatican will be the Christmas and Easter holidays (according to the Gregorian calendar), as well as the periods from May to June and from September to October. 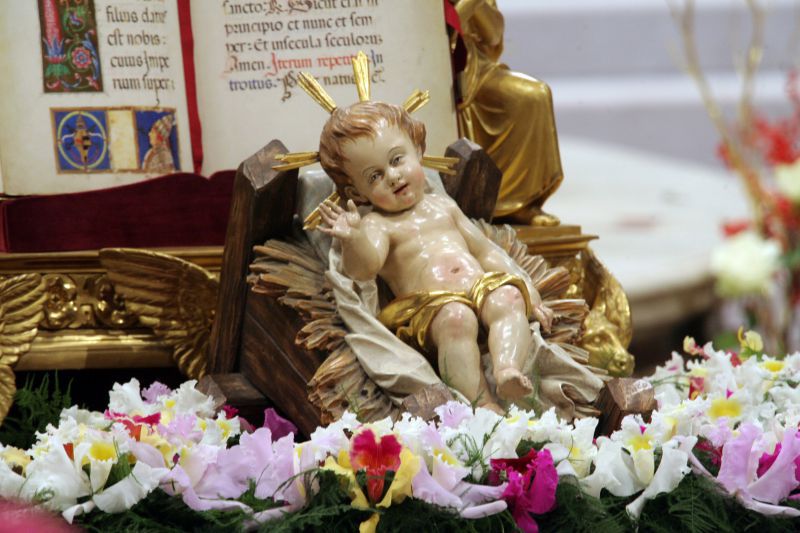 A country within a country: San Marino