It’s hard to imagine Naples without pizza. This is their real pride and their main sight. This is the very city where pizza was born and gained the world popularity.

Neapolitan pizza is cooked by a traditional receipt. Being a unique product of its kind it got the sign of STG (specialita tradizionale garantita). Italians feel such a deep love to pizza, so in 1984 they created a special association (AVPN), to control the quality and receipt of this dish.

Seems like this simple flapjack gets too much attention of its fans worldwide. But do we really know everything about it? Why can’t we help admiring it? How could Italians turn such a simple dish into a culinary work of art? How did our beloved pizza appear? 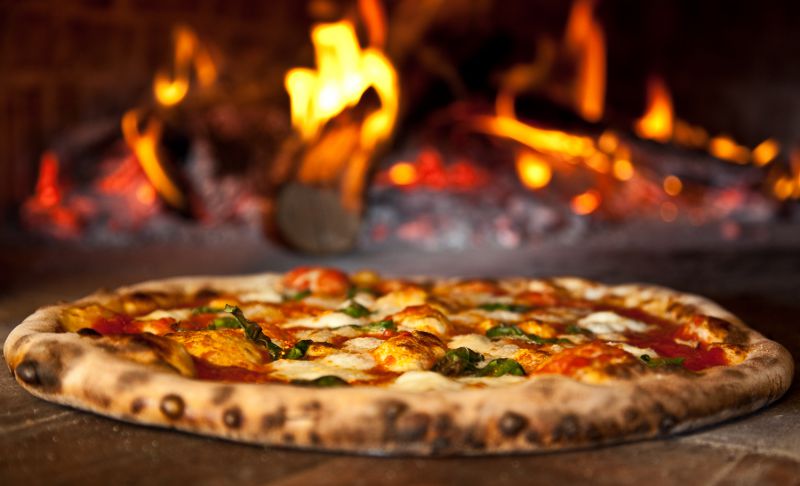 The History of Creation

It’s interesting to know that some of dishes have been existing since the beginning of time. Historians and ethnographers think that lots of settlements of Mediterranean coast line always used to bake flapjacks on hot stones.

In Roman times meat, cheese, vegetables, olives, spices, and olive oil on flat round bread buns were the main menu for Roman legionnaires. It was a dish for rich and poor people at the same time. The receipt of it was described in the 1st century A.D. in the works of Marcus Apicius who was a real foodie of those times in Ancient Rome.

From Geeks we got the name «plakuntos» which meant thin baked flat buns with different fillings. Something similar to cheese flat cake is mentioned in Plato’s writes when he described different fests and celebrations.

No matter what the truth is these are Italians who are considered to be the inventors of pizza in the way we know it now. In past times pizza baked in Italian village was called «focaccia». They considered it to be a food for poor.

But everything changed in 1522 when conquistadors brought tomatoes to Europe from New World. “Devil berry” that was the name for it given by peasants first, but as time went by they found them quite tasty. From time to time peasants of Naples started to use them while making flat buns. 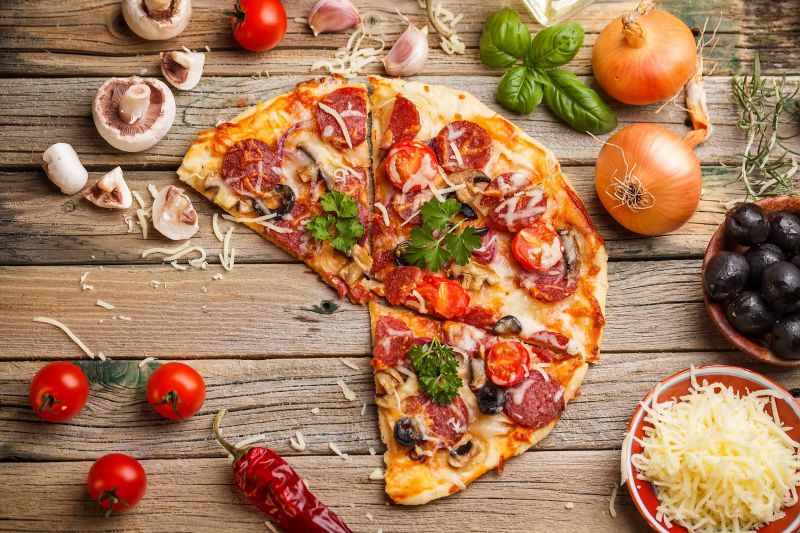 Italian nobles had been refusing from eating pizza, considering it a food for commoners. There also was another reason for that. It’s hard to imagine but the pizza dough was kneaded with feet. Of course it was ridiculous for aristocrats. But they found a solution. By the order of king, the dough could be kneaded only with bronze beater made in a shape of a human body. Special tools for eating pizza were also worked out, such as a fork with four tines. 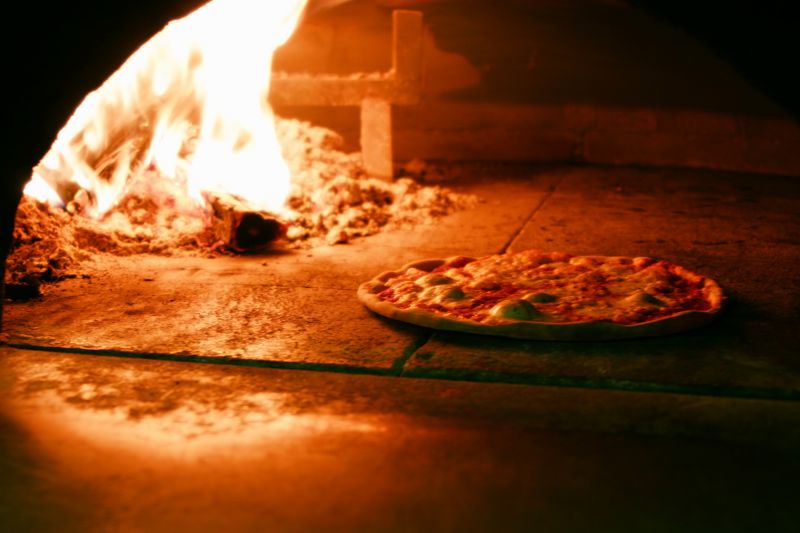 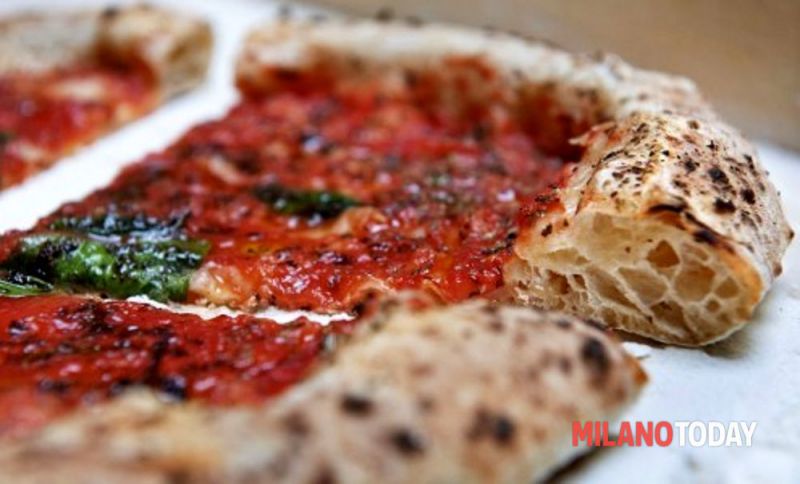 There are many varieties of pizza, but the most popular among Italians are: “Margherita” (which contains tomatoes, mozzarella, and, of course, basil with olive oil). If in the menu the word “bianka” is added to “Margherita”, it means it’s cooked without tomatoes. 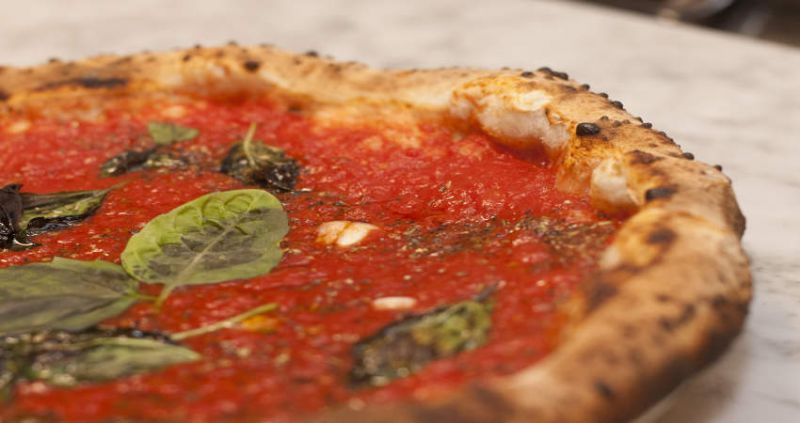 Pizza “Marinara” is also of high demand. It got its name due to the sailors who used to enjoy it for breakfast. The receipt includes oregano, garlic, tomatoes, olive oil, black olives, as well as anchovies and capers. Classical pizza served as a base for creation of the new types with different additives.

Here are only some of them: Pizza Napolitana/Napoli with spices, basil and oregano, olive oil, and necessarily tomatoes with mozzarella, anchovies and parmesan. 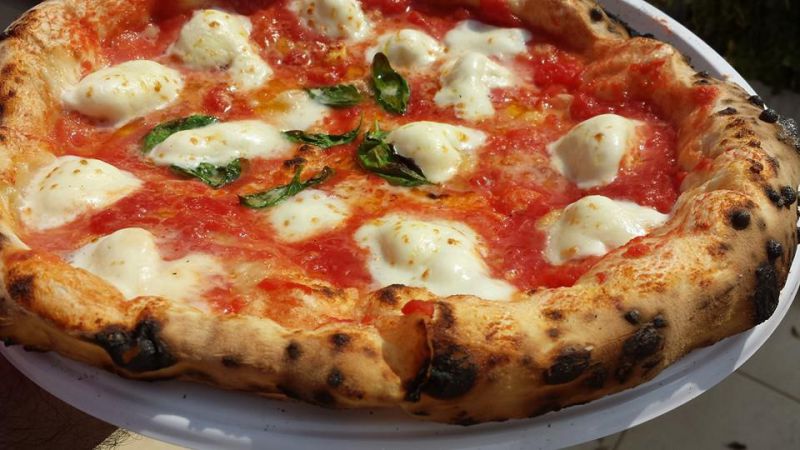 Pizza Capricciosa. This delicacy is often cooked with the adding of black and green olives, artichokes, tomatoes, mozzarella and mushrooms.

Pizza ai Quattro Stagioni (Four Seasons). This is one of the most unique pizzas. It’s divided into four parts, each contains different ingredients, symbolizing seasons of the year: winter – with boiled eggs and mushrooms, spring – with artichokes and olives, summer – with pepper and salami and autumn – with classic tomatoes and mozzarella. 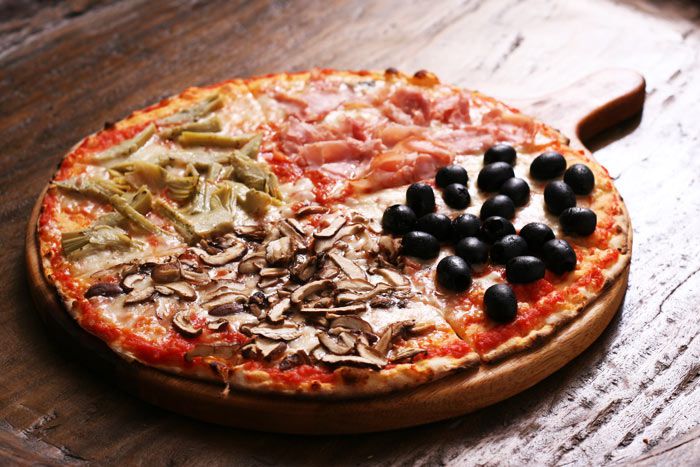 Sicilian Pizza – anchovies, pecorino cheese; made in a square shape.

Besides traditional pizzas, there are also lots of dessert ones. Jam, fruit, cottage cheese, yoghurt and others are used as fillings. Besides, the dough is a little sweet. Dessert pizza can be both: round and in the shape of ring.

Another sort of pizza is called calzone. It’s some kind of Italian pie. It’s often called a “closed pizza”. For fillings they use oregano, parmesan, mozzarella, mushrooms, ham, and ricotta. This is a typical dish of central and southern regions of Italy.

Neapolitan Pizzerias, which are a part of AVPN association have a firm logo with a hero of Italian comedy film. Pulcinella with a pizza in hands and Vesuvius on a background. If pizzeria doesn’t have any logo, it doesn’t mean they serve bad pizza. Each of pizzaioli takes a personal responsibility for the quality of pizza he cooks.

The most popular pizzerias in Naples are: 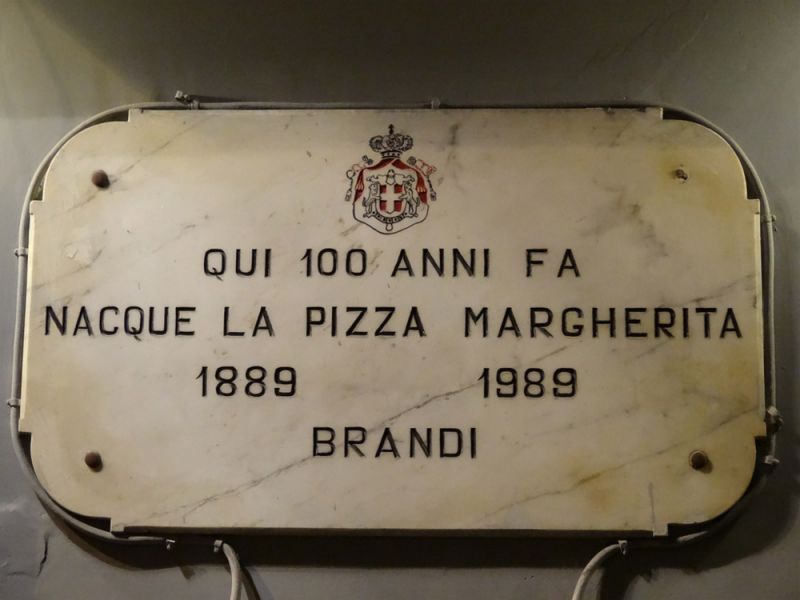 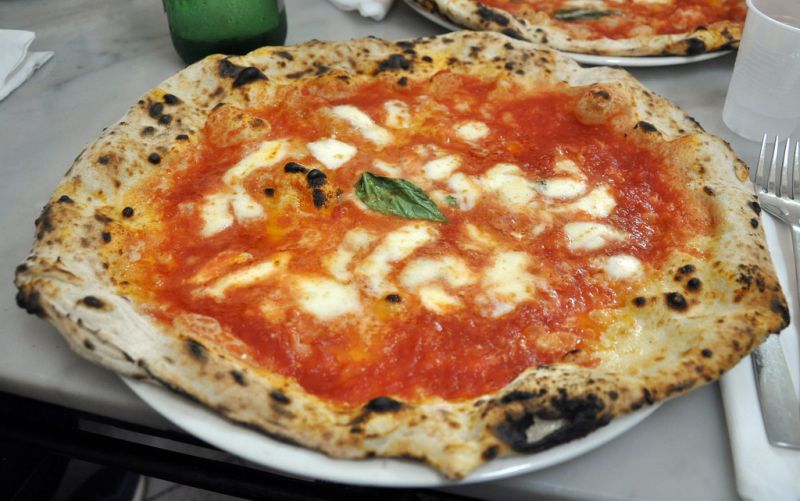 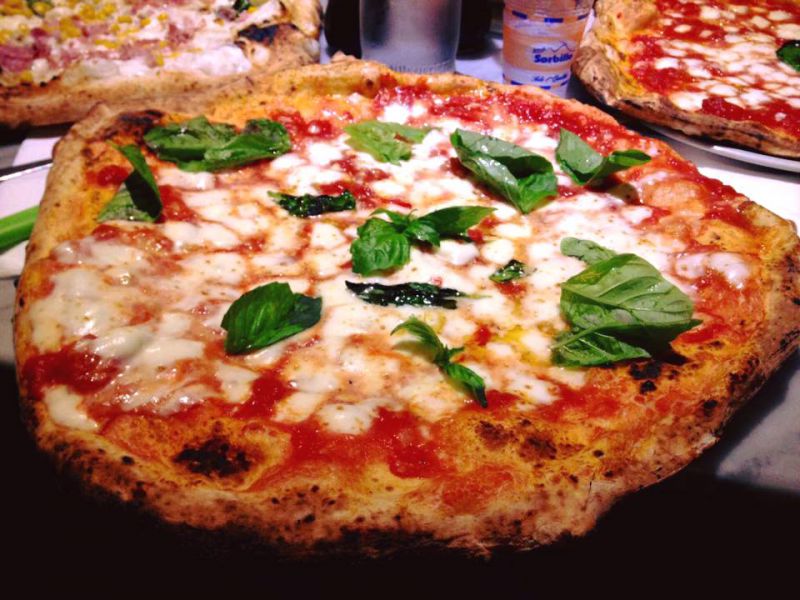 All these pizzerias are crowded with people, as lots of tourists tend to visit them. Thus, you can often see queues here. And you cannot book or reserve a table in advance. But an alternative way is just to pass by them and go away from popular touristic routes and be sure, any pizzeria you meet on your way will be not much worse than those popular ones. As a rule, locals have lunch here, so the places are nice, cozy with home atmosphere. There are no long queues and the prices are quite reasonable starting from 2,5 to 4 EUR.

Pizza is a sacred dish for the citizens of Naples. This is their true Food God imagined in a rosy round form with soft dough, aromatic cheese and juice tomatoes.