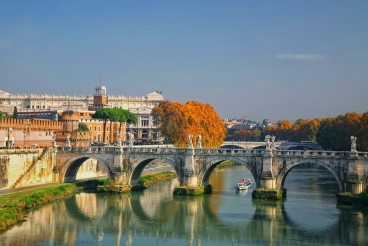 Sant'Angelo Bridge in Rome is one of the oldest pedestrian bridges over the Tiber River. It was built in Roman times. Bridge stretches for 135 meters and is decorated with Baroque statues.

In 134–139 years of this century the Emperor Hadrian has decided to connect his mausoleum (that is better known today as the Castel Sant'Angelo) with the Champ de Mars, and ordered to build a bridge with three arches, and gentle slopes on the sides. In the 19th century after the reconstruction of the embankment, slopes were replaced by two arched structures. 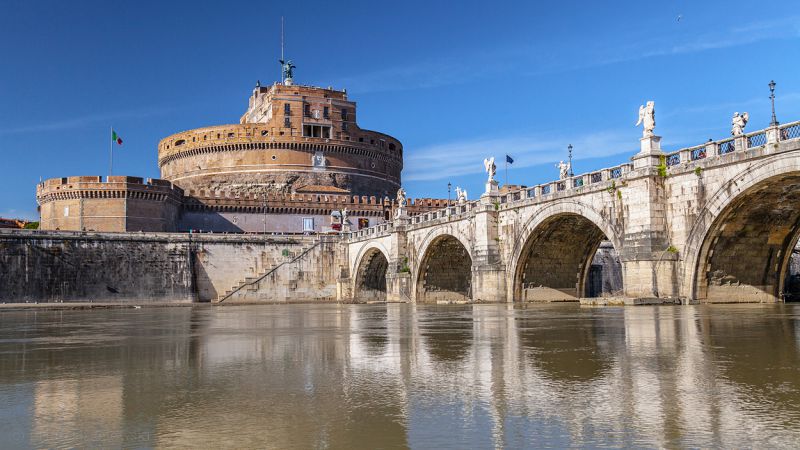 In the 17th century the Pope Clement IX ordered Bernini, master of Baroque school, to create ornaments for the St Angelo Bridge. Sculptor and his disciples created a new design of the bridge and ten statues of angels, that embodied the Jesus’ passion on the cross.

Bernini designed statues in such a way that they can be observed from three angles, bearing in mind that people will pass the bridge in both directions. Thus, in addition to the front view, statues of angels can be seen under an angle of 45 degrees.

Two sculptures were made by the master, and the rest – by his disciples. Oblique view was better seen from Rome and was intended for pilgrims. Another view – the front view from the bridge. The third side angle – from the church. Two statues of angels, made personally by Bernini, were so great that the Pope Clement ordered to put them in the church of Sant'Andrea delle Fratte, and installed the replicas on the bridge. 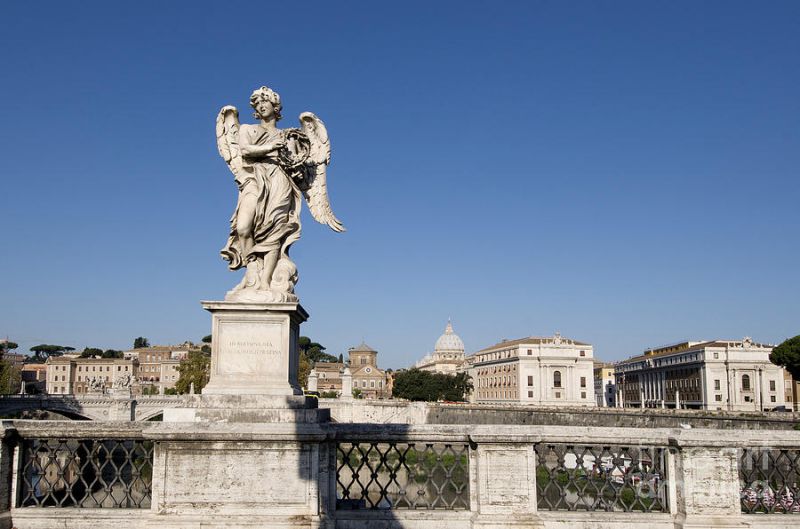 Angels of Ponte Sant'Angelo are holding items of torture of Jesus Christ, and Scriptures are cited at the base of the sculpture. They are: