For more than 400 years the world retells the tragic story of two lovers Romeo and Juliet, written by a famous British writer William Shakespeare. What was that special to conquer the hearts of humans worldwide? A bit of imagination and we are “In fair Verona, where we lay our scene…”©. Maybe some over there among the serpentines of Italian streets the secrets of Shakespeare’s times are still kept and we will be able to touch them?..

Medieval Italy is a boiling passion, morals madness and storms of emotions. Wars between families and dynasties and blood feuds. Revenge and atonement. Love as strong, blinding and deep as hate can be. At least that was how Shakespeare described Verona “The Gates of Italy” of those times. The only thing you would probably hardly see from the great writer’s narrative is that Verona has always been a nice charming city, which keeps it sights with great honor.

The house which might belong to the noble and powerful dynasty of Montecchi (or Monticoli) is located on via delle Arche Scaligeri. Did Montecchi-Monticoli exist for real? Seems like they did, and their dynasty really had a significant political power. Medieval building – the House of Romeo – has strong Gothic style features. Nowadays it is a private mansion where on the ground floor “Osteria Dal Duca” restaurant is located. Only a small plate on the wall outside speaks of the fact that Romeo suffered from love here (remember the beginning of drama). 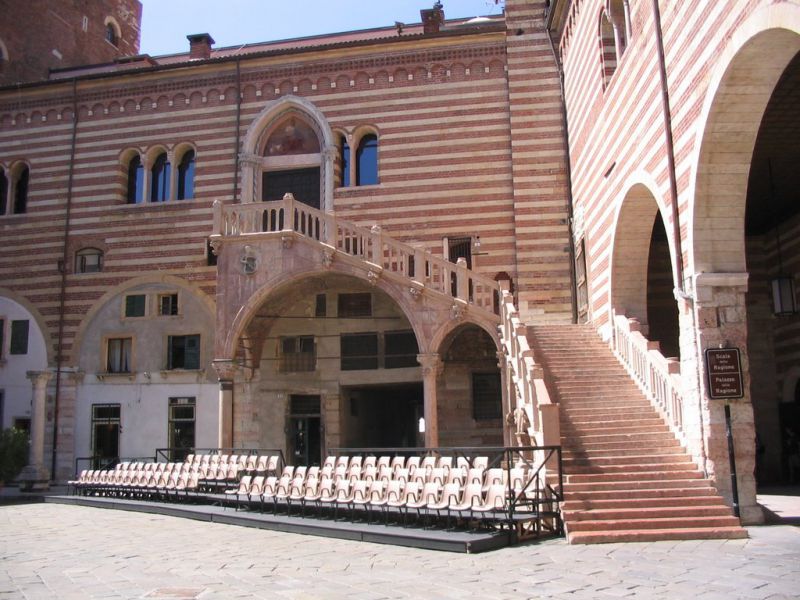 The roots of the legend of Romeo and Juliet go back to the beginning of the 14th century, the time of Bartolomeo I Della Scala reign. And Shakespeare didn’t compose it by himself, but only interpreted it in a dramatic poetic form. Monticoli fought hard with another powerful family - Messrs San Bonifacio whose allies were the family of Dal Capello. Or… Capulet…

«God forbid! Where's this girl? What, Juliet!» © The House of Capulet

Juliet’s House is a popular museum in Verona nowadays. Of course, for the purposes of tourism the house went through a significant renovations. On September, 16 here on via Cappello the birthday of the “hostess” is celebrated. Heading to the House of Juliet try to come here in the morning at the time of its opening. In this case you’ll have a chance to take a picture with the monument of young Romeo’s lover, not with the crowds of tourists. Or even you’ll have a chance to go up to the legendary Juliet’s balcony. Approximate entrance fee from 1 to 6 EUR.

Beside the poetry, Verona is first of all the city of beautiful medieval temples. By the way, there’s even the Church of San Laurence (St. Lawrence of Rome). Probably this very church inspired Shakespeare to name one of the heroes of the play, Franciscan monk – Friar Laurence. But the church of San Fermo Maggiore (Saints Fermat and Rustic) situated on Stradone S. Fermo attracts even more attention of tourists. The thing is that at the beginning of the 14th century Franciscan monks lived and worked here. 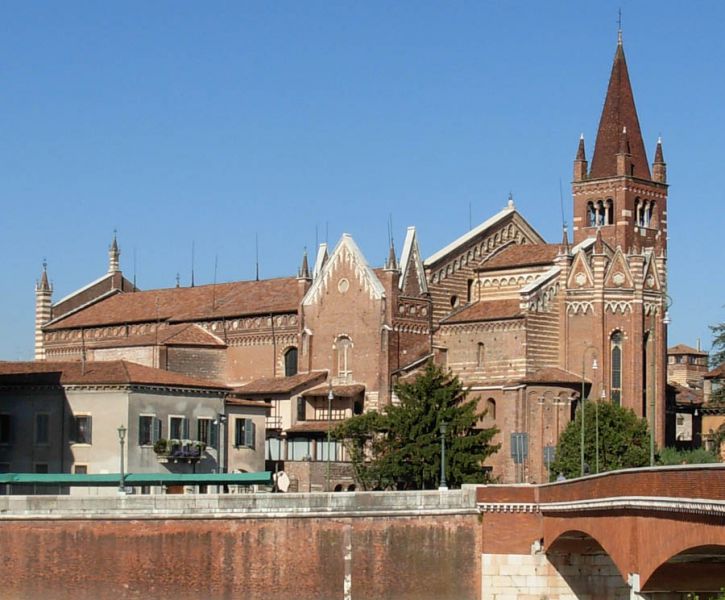 The dates match pretty unclear and there are very few historical details. But still it’s interesting to imagine the wedding ceremony of Romeo and Juliet held by Friar Laurence most likely in this very church. And the next stop on our route following the plot of the play is much sadder.

«Where all the kindred of the Capulets lie» © Juliet’s Sarcophagus

The final Act of the tragedy is expressed in “Juliet’s Tomb” – empty sarcophagus. It is located in the former Franciscan convent of San Francesco al Corso. Some people say that even St. Francis himself had visited this church, and after his death in 1230 his brothers by spirit found a Franciscan convent. Later they left this place for some unknown reasons. 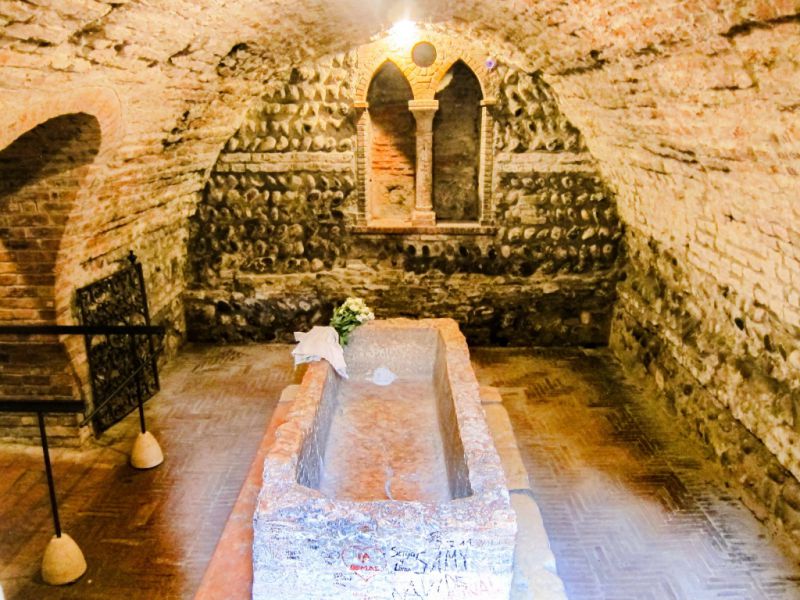 Probably the tomb of Juliet is dated by the 14th century, but the relics of the lovers haven’t remained. You’ll hear plenty of legends about this fact while being around the convent. In the 16th century the tomb started to be visited by lots of travelers and locals. And in 1973 the museum of frescoes was opened in monastic cells. Sacral paintings have been brought here from around all Verona.

…Sometimes, seems like the biggest miracle and proof of the real existence of two Italian lovers story – is that it is read and reread hundred times with a sinking heart by both young skeptics of the 21st century and old cynics of the 20th. So, while planning your romantic trip to Verona, don’t forget about this four-hundred-years-old fact. Probably then, the sense of the eternal love story will open to you in the most truthful way.

3 days in Rome: 19 must-see locations in the Eternal City