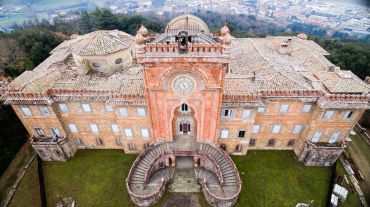 Castle of Sammezzano, with its double façade, which symbolizes the Sun and Moon, is located in the village of Leccio in Apulia, 40 km from Florence. The unique structure is the most striking example of Moorish architecture in Italy and a symbol of the real Renaissance, which came to medieval Europe from the East.

History of Castle of Sammezzano

The Castle of Sammezzano received its present appearance in 1889 thanks to the titanic work of the Marquis Ferdinand Panciatichi Ximenes d'Aragon. Ximenes was an engineer, architect, historian and botanist, collecting plants, books and works of art. In the course of 40 years he was heading restoration work in the castle, and also joined the estate of the park. Through the efforts of Ferdinand, the Castle received:

Before him, the estate belonged to important families of Italy, in particular, the Florentine family Gualtierotti, Giovanni Medici and others.

In the 16th century, the Grand Duke Cosimo I created a protected zone around the estate by his decree, banning hunting and fishing on its territory.

In 1999, the building was acquired by a private company with the intention of turning the castle into a luxury resort hotel with 140 exotic rooms. The project was not completed due to the financial crisis, and the complex has been put up for judicial auctions several times in recent years. The question of the return of a historical monument to state property is being resolved In the Italian Parliament, with the aim of preventing the looting of collections and works of art that were collected by the owners of the castle for centuries.

A large green area around the castle covers more than 65 hectares. Exotic plants also grow here. Among the tree species, the most unique are the giant redwoods, as well as a large variety of oak, maple and juniper species. The favorable climate and suitable soil allowed the sequoias to grow to a height of more than 50 m, in width – more than 8 m.

Sammezzano has 365 rooms, each of which is unique and made in different design styles, from Chinese to Moorish:

Each of the 365 rooms is unique, designed and executed according to Ferdinand Panciatichi Ximenes’ ideas about the architecture of the countries in the majority of which he has never been. 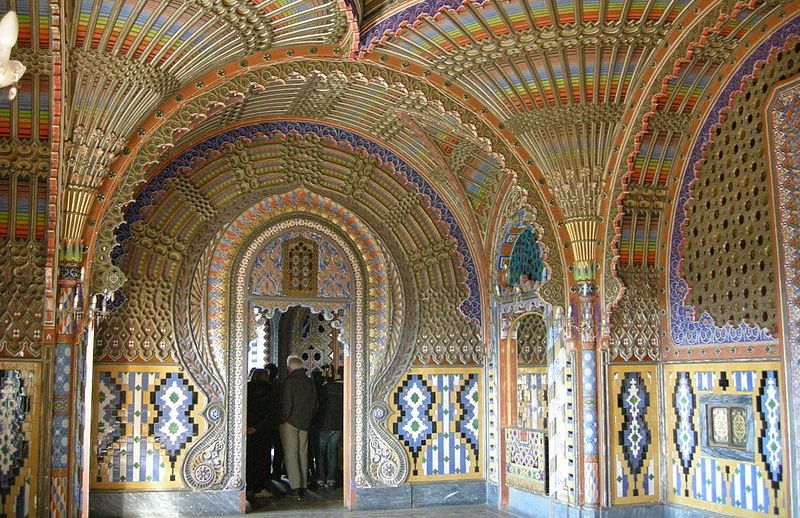 Castle of Sammezzano is located in the village of Leccio. You can get here by car on the A1 highway. Turn to Incisa-Reggello and move towards Leccio. A monumental alley with trees will lead to a park. By rail: you can reach the nearest stations Rignano sull'Arno and Figline Valdarno.

Nowadays the castle is closed, but it is possible to arrange a visit for the tourist group in advance. This can be done on the official website.