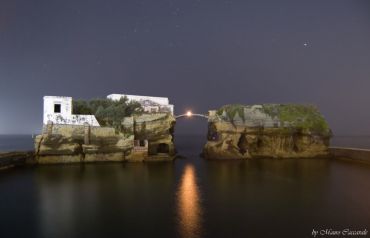 Gaiola island is located in the Gulf of Naples in the Campania region only 30 meters off the coastline of Posillipo, not far from Naples. The area of the islet is so small that a villa built there occupies almost the whole territory. For the sake of accuracy, it is worth noting that the island of Gaiola consists of two parts connected by a stone bridge. A photo on this bridge is one of the reasons why tourists love this place, as the panorama is amazing.

In appearance, it is a pretty and secluded place that, however, has gained fame as a damned island. It's all about a sad fate of all of its owners without exception.

According to a legend, at the beginning of the 19th century, a peculiar hermit who was considered a sorcerer lived on a rock island. After his inexplicable disappearance, the island was purchased by a certain Hans Braun, who was found killed in his villa. After a while, his wife drowned in the sea under mysterious circumstances.

The next owner, German Otto Grunback, died on the island from a heart attack. Gaiola was later bought by a well-known pharmacist, Maurice-Yves Sandoz, who committed a suicide. A succession of misfortunes and tragic events haunted all subsequent owners of the ill-fated island. So it's no surprise that Gaiola is considered damned. This fact, however, is not a hindrance to the popularity of the island. The mysterious place attracts crowds of tourists. 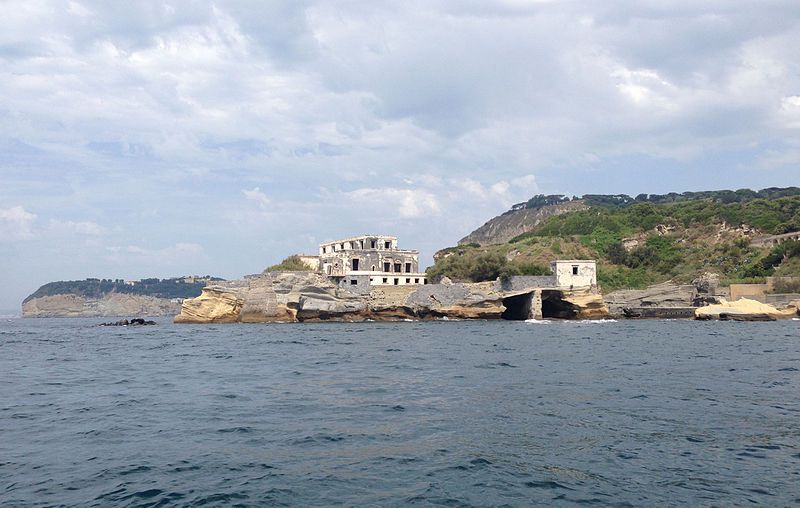 In addition to mysticism

The island's surroundings have a lot more to impress with. At a depth of 3 metres around Gaiola, you can see a unique archaeological park, Parco Sommerso di Gaiola, which consists of ancient sunken Roman ruins. Actually, the island itself is also part of the park. The organization Gaiola Area Marina Protetta is engaged in the protection of the area and organizes excursions there.

Today Gaiola and its villa belong to the state. The Archaeological Park Posillipo (Parco archeologico di Posillipo) is situated on the coast.

Gaiola is located near the residential quarter of Posillipo, on the south-west of Naples. The nearest bus stop is Discesa Coroglio-Marechiaro that can be reached by the buses 140, C1, C21, C31. It takes around 30 minutes to walk from the stop to the place from which the island is usually reached.