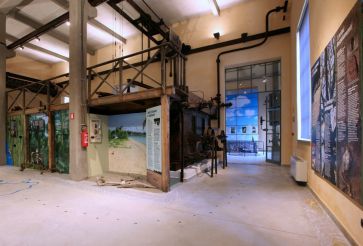 Natural History Museum in Piacenza (Museo di Storia Naturale) is the main city establishment of its kind. It is based on the collections of the Commercial Technical Institute and is presented in a modern interactive form. Here you can get acquainted not only with the exhibits typical for such museums, but also with the history and geography of this area.

History of the museum and the building

Local scientists began to gather collections that make up the core of the museum's exposition, in the first half of the 19th century. The beginning of the documentary collection was laid in 1820, and the greatest flourishing in the history of the museum occurred in 1895-1898. For about a century the collections were owned by the Domenico Romagnosi Institute. In the spring of 1984, a committee was set up to implement the idea of ​​organizing the Natural History Museum. It consisted of teachers of natural sciences and university scientists, as well as naturalistic groups. In 1991 the museum was opened. Initially, it was located in the premises of Palazzo Scotti, but in 2007 it was moved to the current location.

This place was the so-called "Ice Palace", an old ice factory of the former communal slaughterhouse. It was built at the turn of the 19th and 20th centuries. Work on the construction of the slaughterhouse began on May 12, 1892, and ended with the erection of a refrigeration shop (Palazzina del Ghiaccio) in 1912. The project was handled by engineer Diofebo Negrotti. Later the enterprise was bought by the private owner, and only at the end of the 20th century the city authorities got it back. After the reconstruction of the premises according to the new needs, museum collections were placed here, and the institution reopened the doors for visitors in 2008.

The museum is located on an area of ​​about 2000 square meters and includes exhibition halls, equipped training workshops, exhibition space and room for film screenings. The permanent exhibition of the museum is organized in such a way as to thematically represent 3 different types of terrain, typical for the province – plains, hills and mountains. It occupies 3 large exhibition halls:

Currently, the museum systematizes and prepares to present thematic collections to visitors. They were gathered during almost 2 centuries by university scientists and simple enthusiasts. There are three of them:

The museum also presents the opportunity to see old equipment used for factory production to the visitor. In recent years, the institution is expanding and, in connection with this, it has acquired several collections that can become its new pride:

The museum is located on Via Scalabrini, 107, near the center of Piacenza, in the province of the same name. Next to it there are 2 important monuments for the city – the Wolf Monument and the Monument to Garibaldi near the city railway station. Nearby there are bus stops Politecnico and Urban Center. The routes 1, 2, 3, 4, 6, 8, 16, CS, E43 go to it.

Admission: a full ticket costs 3 euros, with a discount – 2 euro. It is valid for children (6-18), pensioners (over 65), and groups (of 15 people). For children under 6 and people with disabilities – admission is free. On each first Sunday of the month the ticket price is 1 euro. Data of May 2018.