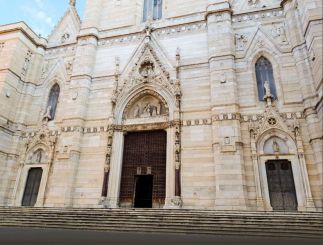 The Naples Cathedral (Duomo di San Gennaro) is the city's notable monument of religious architecture. The temple is located in the historical centre of Naples. It was consecrated in honour of St Januarius, who is considered a heavenly patron of the Neapolitans. The construction began in the 13th century during the reign of Charles I of Anjou and lasted for a hundred years. Over the time of its existence, the cathedral was repeatedly modified until in 1974 the last large-scale renovation of the Gothic structure took place.

Miracle of the saint's blood

The most valuable medieval relic of the cathedral is a vessel containing dried blood of St Januarius. Several times throughout the year, more precisely on the first Saturday of May and the 19th of September, it is taken out of the temple to demonstrate the citizens the miracle of liquefaction. The blood liquefies and instantly boils. This happens almost every time. If the miracle doesn't occur, a tragic event may be expected to happen. This was the case in 1527 when the vessel "was silent". Soon after that, a plague broke out. The absence of the miracle in 1979 was followed by a terrible earthquake. It is considered to be a very bad omen if the blood doesn't liquefy.

In addition to the holy vessel, there is much more to be surprised at in the cathedral. The decoration of the temple is particularly luxurious while its treasury is described in legends. The main treasures of the temple include: 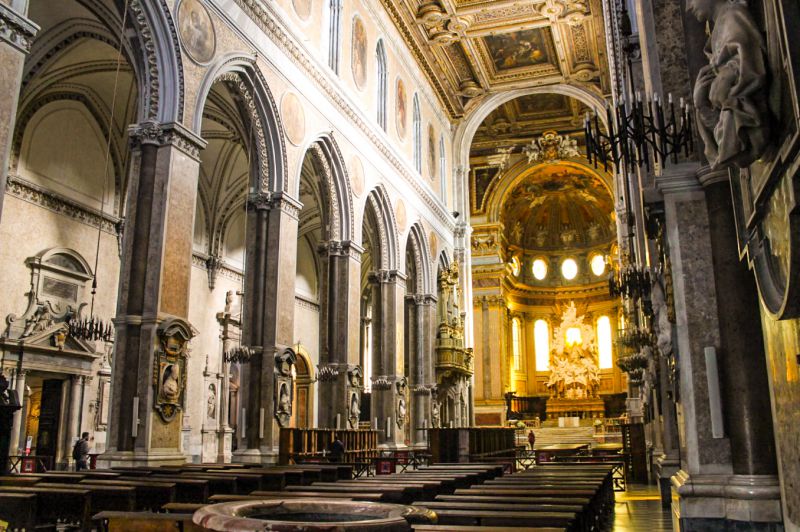 The Cathedral of St Januarius in Naples is located in Via Duomo, 149. You can reach it by metro getting off at the Piazza Cavour station or by one of the buses No. 147, 182, 184, 201, 584, N4 heading the Duomo stop. The cathedral adjoins a small square of Riaro Sforza on which the obelisk of St Januarius dating to 1660 is located.

Free entrance. In order to see the Chapel of St Januarius and its treasures, it is necessary to purchase a ticket. As of June 2018, the cost of the visit is 6 euros. 8 euros are charged for a guided tour.