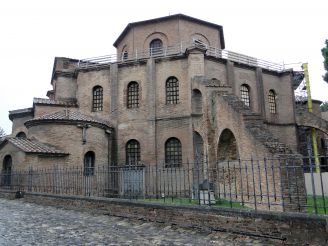 San Vitale Basilica in Ravenna is one of the most important early Christian monuments in Italy. The cathedral is beautiful in many aspects: as an architectural landmark, and for its artistic value. After entering inside, the visitor will unwittingly admire the richness and beauty of the basilica mosaics. Because of its importance, the church is included in the UNESCO World Heritage List.

Construction of the San Vitale Basilica in Ravenna began in the times of the Byzantine Empire. After returning from the latter, Bishop Ecclesius, who performed the diplomatic mission of the Emperor Theodoric the Great, laid the first stone. It happened in 526, immediately after the death of the ruler of Ravenna. Works that were financed by the Byzantine banker Iulianus Argentarius ended in 547. And on April 19, 548, the basilica was consecrated by Bishop Maximianus.

Over the following centuries, the basilica experienced several renovations. In the 13th century, the bell tower was added to it, and in the 16th century, the floor level was artificially made higher to prevent flooding. In 1688, part of the temple was destroyed by an earthquake, but by the end of the 17th century it was restored. In 1780, parts of the domes of the cathedral, which still remained without mosaics, were decorated with frescos. In 1996, the basilica became part of the UNESCO World Heritage Site.

The church is typical of the early Christian buildings of Ravenna, and at the same time it is quite different from the churches of the same time in other cities of Italy. It has an octagonal structure. The faces of the buildings are connected by buttresses, and a cone-shaped dome with a diameter of 16 meters rises in the center. A rotunda with arcades was formed below it. The architect made a very original entrance to the church, placing it at a small angle to the main axis of the building.

The interior displays the main architecture: inside you can see a two-story octagonal portico, supported by columns. An indescribable play of light has been created due to the thoughtful arrangement of the windows inside. The floor of the temple is decorated with geometric ornaments, and the lower part of the walls is lined with marble.

In the side galleries there are sarcophagi with the remains of early Christian martyrs buried in them.

Mosaics of the basilica

Mosaics have the greatest value in the basilica. They decorate the upper level of the walls and the dome of the church, as well as the apse and the arch. All their subjects are aimed at strengthening the apostolic foundations of the church of Ravenna and the theocratic power of the Byzantine Empire. Their main motive, of course, is Christian. You will observe: 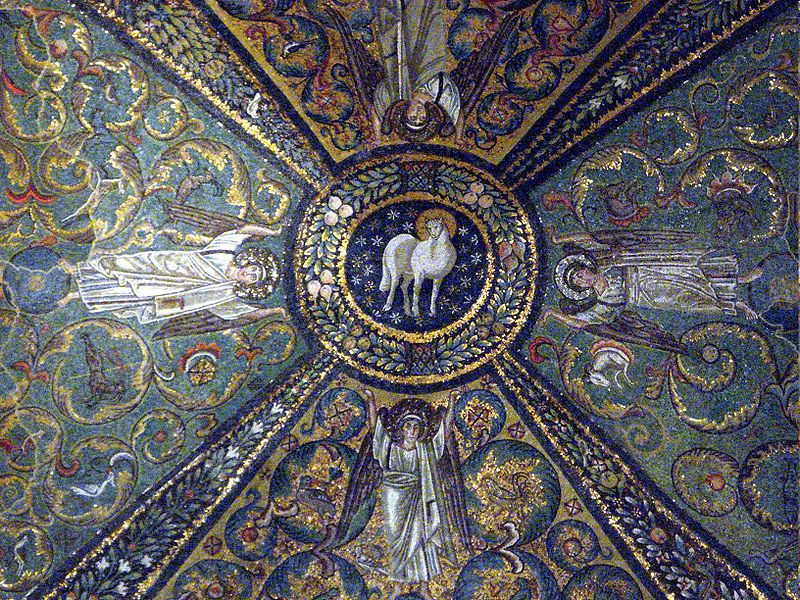 The San Vitale Basilica is located in the historical center of Ravenna, on Via San Vitale, 17. Not far from it there are other religious buildings, which are included in the cost of the visit:

The National Museum of Ravenna is next door. The nearest bus stop is Piazza Baracca (line 70), it is in 3 minutes' walk away.

Admission: ticket price is 9.5 euros, with the discount 8.5 euros. The discount is valid for students, groups of 20 people. For children under 10 and people with disabilities – admission is free. Cost and time may vary.