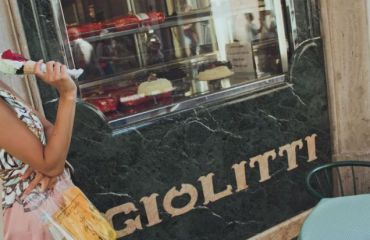 A whole festival is dedicated to gelato (from Latin gelātus – frozen). This delicious ice cream was invented in the middle of the 16th century by the Florentine artist Bernardo Buontalenti, when he created the world's first ice cream maker and presented the delicious dessert at a banquet at the Medici court. At that time Bernardo used milk, honey and egg yolk for making gelato.

In 2017, the Gelato Festival will be held in several cities in Italy:

In every city where Gelato Festival takes place, there is a program for every day of the festival. From morning to night, various master classes, seminars, excursions to the past, book presentations, ice cream presentations, tastings and much more are planned.

Winners in the categories will be determined by a group of experts and the public.

On the official website you can buy Gelato card, which sets out all the conditions of visit and discounts. The card allows you to participate in all events of the festival.

Among all the famous sweets, Italian ice cream is hard to compare with something else. Varieties of gelato can compete only among themselves. Once you have visited Florence, you’ll see lots places, where only gelato is made and sold.

The most popular varieties of gelato are berry, fruit, pistachio, chocolate, chestnut, figs, almonds and honey, and many others.

Gelato fans come to the festival since 2010. Every year, an increasingly expanded event gathers gelato lovers and gelato makers.

An interesting moment at Gelato Festival is a mobile workshop that demonstrates the most intimate secrets of cooking, from ancient to modern.

Nice to know, gelato differs from ordinary ice cream by its lower calorie content. It contains several times less fat. But little more sugar. Gelato melts much more slowly, due to its low content of air and a more dense creamy consistency. It is not produced industrially. Gelato makers serve ice cream immediately after cooking. Each serving is original in its kind, with a piece of the master's soul.