The Cinque Terre National Park (Parco nazionale delle Cinque Terre) is the smallest national park in Italy. Its area is only 3868 hectares. Although it is the most populous park in the country. Some 4000 people live there. The Cinque Terre is located on the west coast of Italy. This region is famous for grapes, wine, and olives. There you can see peregrines, ravens, gulls, weasels, martens, badgers, wild boars and foxes. Plants are represented by oaks, chestnuts, rosemary, thyme, heather, strawberry, and juniper.

History of the Cinque Terre Park

The Cinque Terre park includes 5 settlements the history of which starts in 11-13 centuries: Riomaggiore, Manarola, Corniglia, Vernazza, and Monterosso. This hints at the origin of the park's name since "cinque terre" is literally translated as "five lands".

Unlike many other parks, this one is inhabited by people, which tried to get pieces of land on the steep slopes for centuries to use them for agricultural purposes. Each of the narrow flat plots is underpinned by dry stone walls.

It is noteworthy that in 1997 the park, as well as the neighboring city of Porto Venere, were taken under the protection of UNESCO as cultural heritage sites. 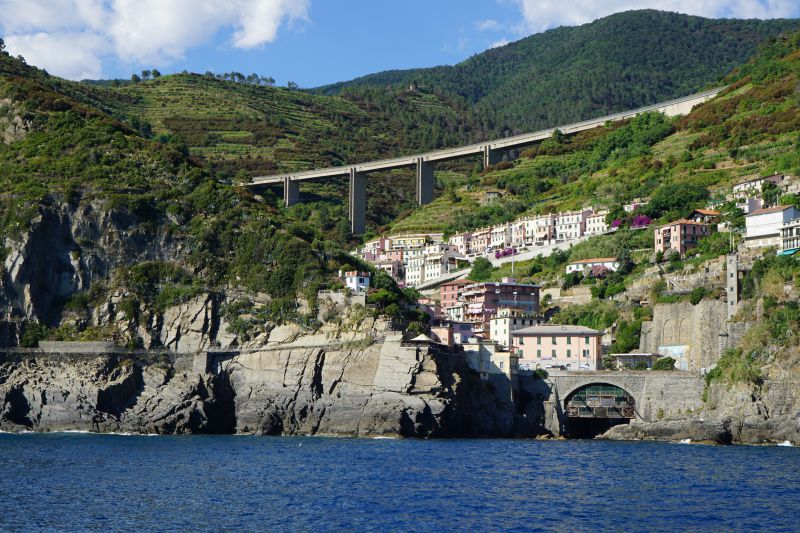 Attractions of the Cinque Terre

Each of the small villages inside the national park is a unique and self-sufficient place.

Riomaggiore can be divided into three parts: the district of the railway station, the pier with a stone beach and the village itself. It is forbidden to use cars there. All the attractions are located within walking distance. The main ones are: 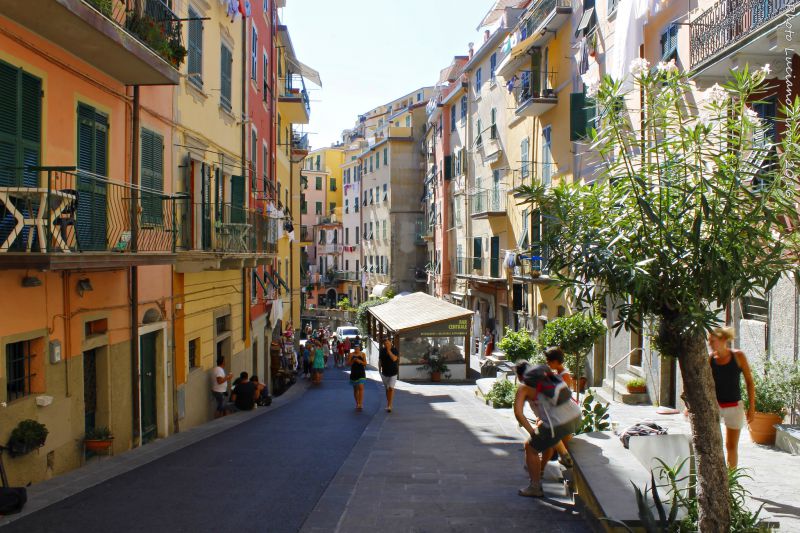 Manarola is the centre of food production, wine and oil in particular. The town enchants with:

Corniglia is the only one of the five villages that can't be reached from the sea. To get here, you need to take 382 steps of a brick staircase or walk by foot from the railway station. Make sure to see:

Vernazza is included in the top of the most beautiful settlements in Italy. Car traffic is banned there. Although it's worth coming to the village to see:

Monterosso bears the title of the largest town in the Cinque Terre. There you will find:

Cars are banned almost everywhere in the park. The only exception is Monterosso, although the traffic is quite limited here.

The Cinque Terre National Park can be reached by rail. Therefore any city in the park is accessible by a regional train from La Spezia. Travel on foot or by train inside the Cinque Terre to get from one village to another or by the sea in a boat.