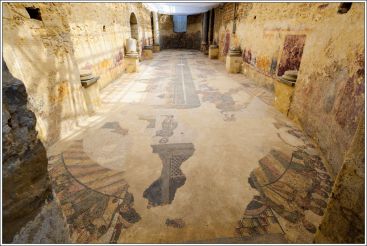 Villa del Casale in Sicily is not a typical medieval Italian castle or mansion. It is very old, from the times of the Roman Empire. This is an amazing archaeological complex, the highlight of which are huge painted mosaic floors. Villa, like a pearl in a shell, is hidden among the Sicilian mountains from bothersome views. It is surrounded by hills, fields and vineyards, and their greenery is pleasing to eyes.

History of the villa

The exact dates and founders of the villa, like its owners, are still covered with a veil of uncertainty. Presumably, a certain structure was here at the beginning of the 1st century. Then, on its foundation, a building was created in the first half of the 4th century, approximately in 327-357. It was an estate in the middle of the Latifundium, a huge farm owned by the consul, the governor or even the emperor. A very rich aristocrat, that's for sure. In the original appearance, the mansion lasted about 150-200 years. Later it was modernized and strengthened, a small village grew nearby. Byzantines and Normans reigned here, and the villa was preserved. But in the 12th century the local feudal lord was among the conspirators against the crown, and the estate was destroyed along with the settlement. Then the work of people was completed by nature, finally burying the luxurious estate under the layer of dirt descended from the mountain landslide.

In the 17th century, locals accidentally stumbled upon a marble pillar sticking out of the ground. Since that time, illegal excavations have been conducted here in search of treasures. By the way, the treasures were really found. In 1929, the first official archaeological research was conducted. In 1955, a team of archaeologists led by Gino Gentile opened the world's most famous mosaics. A dome was constructed above the villa, first glass, and then wooden. Valuable work, despite the efforts of the vandals, managed to be saved. Excavations continue even now. In 1997, the site was included in the UNESCO World Heritage List. 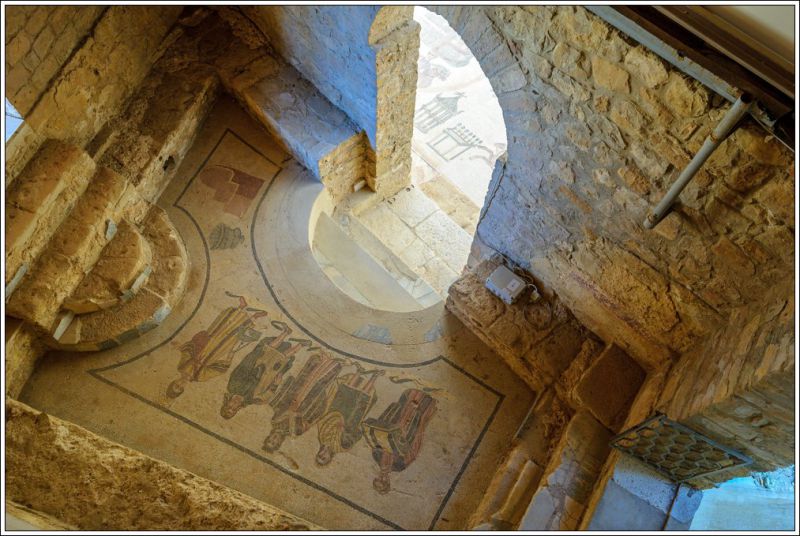 Mosaics of the villa

Now many parts of the villa are open for visiting. Among them – the main entrance, a colonnade with porticoes, thermal baths, some halls, the vestibule and the basilica. In total, you can observe mosaics on an area of ​​3500 square meters that are in perfect condition. And, for the convenience of visitors, the entrance was elevated, and there are signs in Italian and English. Through the arches of the main entrance, you can go to the atrium, and then to the thermal rooms, which are divided into several functional parts. In different rooms and halls of the villa, you can observe a lot of amazing mosaics.

Villa Romana del Casale is located almost in the center of the island of Sicily, in the province of Enna, 5 km from the town of Piazza Armerina, on the Strada Provinciale 90. The nearest major city is Catania, it can be reached by buses that leave from the station to Via D'Amico 181. From May to September there are tourist buses from the town to the villa. If you travel by car, from Catania, take the A19 motorway to Enna. Then you need to follow the SS117bis road to Piazza Armerina. From there, by the signposts to the villa itself.