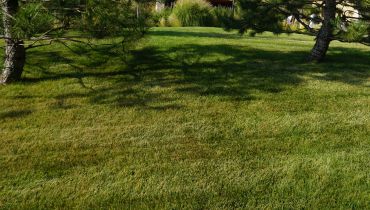 The Gardens of Vatican City is a unique place. It is located in the world’s smallest country called Vatican City State. The first reference to the Gardens dates back to 1200. This is the only park in the world that survived more than 8 centuries. The most charming areas here are woods and Italianate garden. The Belvedere Courtyard and French-style part of the park are just as remarkable. The Gardens of Vatican City consist of palaces, towers, fountains as well as flowerbeds and alleys. In the gardens, you can find cypresses, pine trees, chestnuts, cactuses, and agaves.

History of the Gardens of Vatican City

The Vatican Gardens are not an architectural ensemble since it never had a specific design – that’s why it is composed of separate and different parts, which were beautified by various leaders at the time.

The park was founded by Pope Nicholas III as a medicinal herb garden. Later in 1578 Pope Gregory XIII opened an observatory in the Gregorian Tower and in 1559 a Renaissance garden was planted in the northern part of the park.

The first fountains were set in 1607, the lake nearby served as a water supply source.

Pope Leo XIII made the most significant contribution to its development – thanks to him the park began to own its first vineyards. In the year 1888, a zoo was opened.

Pope Pius IX applied the final touches to the Vatican Gardens in the 1920s.

Before you visit the Vatican Gardens

You can only enter the gardens if you take part in a guided tour. You’re supposed to book a ticket on the official website, print the confirmation out and cash it in for the real one. With this ticket, you can visit any attractions of Vatican City without having to wait in line.

The guided tour is held on Tuesdays, Thursdays, and Saturdays:

The Gardens of Vatican City in Rome can be reached by public transport. Therefore you can take: